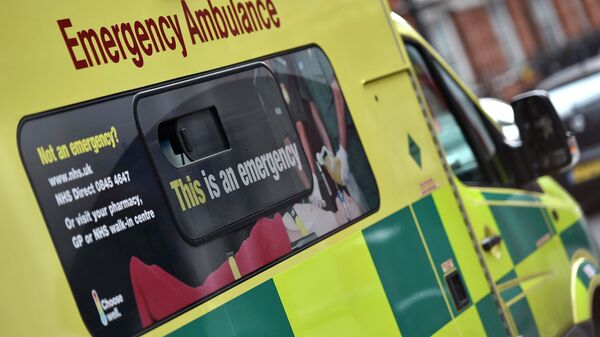 Seven people have gone on trial accused of being involved in an acid attack on a little boy in England, which was linked to an acrimonious custody dispute between his parents.

The boy's father asked an imam if it was permissible under Islam for him kill his wife and their three children after she deserted their arranged marriage, the trial at Worcester Crown Court was told on Tuesday, January 22.

The child, who cannot be identified for legal reasons, suffered burns to his face and arm when sulphuric acid was sprayed at him in a Home Bargains store in Worcester on 21 July 2018 while he was with his mother shopping for a birthday gift.

The trial was told the father, who was involved in an acrimonious custody dispute, hoped the attack would show his wife was an unfit mother.

The father, a 40-year-old taxi driver who was originally from Afghanistan, is charged with conspiring to unlawfully or maliciously cast or throw sulphuric acid on the boy with intent to burn, maim, disfigure, or disable the minor, or do some grievous bodily harm to him.

Six Men and a Woman Deny All Charges

Five other men and one woman are accused of being involved in the attack.

All seven deny the charges.

Jonathan Rees, QC, prosecuting, said Cech was the man who threw the acid but he was not acting alone.

"It was over almost in the blink of the eye and may have gone undetected were it not for the fact it was captured on the shop's internal CCTV system," said Mr. Rees.

Mr Rees said Pulko, Badova and Hussini had planned to attack the boy a week earlier but had given up after lying in wait outside a primary school.

The court heard the couple had an arranged marriage in 2007 but she left him in 2012 and sued for divorce four years later.

"He threatened to take the children outside the UK to a Muslim country to have them killed. He said he would do this because he would not get into trouble if he did it in a Muslim country," Mr. Rees told the jury.

The trial heard the father approached an imam and asked for permission to kill his wife who he felt had shamed him by asking for a divorce in 2016 but he was told he should pray for her instead.

"We say the evidence suggests that in an effort to ensure his application was successful he was willing to manufacture evidence of injuries to his children in an attempt to show that his wife was unable properly to care for them, in other words she was an unfit mother," said Mr. Rees.

"Although the prosecution are not required to prove motive against any of the defendants, we suggest that his desire to show his wife in a bad light may have provided at least some of the motivation for him organising this attack on his son," said Mr. Rees.

'It would enable him to say to the court that the child had sustained nasty injuries while he was in the care of his mother," he added.

In March 2018 the father had hired a private investigator called Matthew Dalton to carry out surveillance on his wife and children.