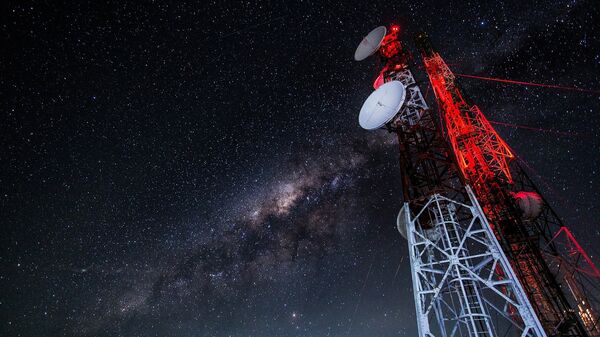 © Photo : Pixabay
Subscribe
International
India
Africa
A new report released by the US National Air and Space Intelligence Center (NASIC) on Wednesday is claiming that Chinese and Russian military forces are using advanced and counterspace technologies for warfighting strategies in an effort to "challenge US superiority."

"These missiles can destroy US and allied space systems in low Earth orbit, making intelligence, surveillance, reconnaissance and communications satellites vulnerable," the report states, adding that both Russia and China are looking into counterspace directed-energy weapons that are "designed to produce reversible or non-reversible effects against space systems by emitting highly focused radiofrequency or laser energy."

Without naming any countries but China and Russia, the report notes that "foreign competitors are capable of conducting electronic attacks to disrupt, deny, deceive or degrade space services."

In an effort to realize the possibility of "foreign competitors" actually using anti-satellite missiles to strike down US satellites, the report cites an incident from 2007 in which China used said technology to destroy Fengyun-1C, an aging Chinese weather satellite that had been orbiting Earth since May 1999.

At the time, Harvard astronomer Jonathan McDowell told the New York Times that China's actions marked the "first real escalation in the weaponization of space that we've seen in 20 years."

The NASIC report comes days after the Defense Intelligence Agency (DIA) released a review last week on the core capabilities of China's military. "The Military Power series of unclassified overviews is designed to help the public achieve a deeper understanding of key challenges and threats to US national security," a release on the DIA report reads.

In December of 2018, the US Government Accountability Office released its own take on the topic, revealing that there are no countermeasures or effective defenses that exist that could tackle hypersonic weapons created by Russia and China.