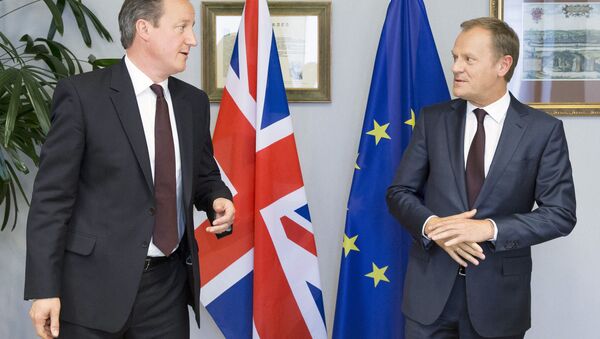 European Council President Donald Tusk said he was very blunt with the British PM when they spoke about the referendum on Britain's EU membership back in 2016.

Quoted in the television series by the BBC, called "Inside Europe: Ten Years of Turmoil," Donald Tusk said David Cameron "finally realized the challenge he was facing" during a discussion on the prospect of Britain leaving the European bloc.

"I told him bluntly, come on David, get real. I know that all prime ministers are promising to help you, but believe me the truth is that no one has an appetite for revolution in Europe only because of your stupid referendum," EC President is heard saying in a soon to be aired show. 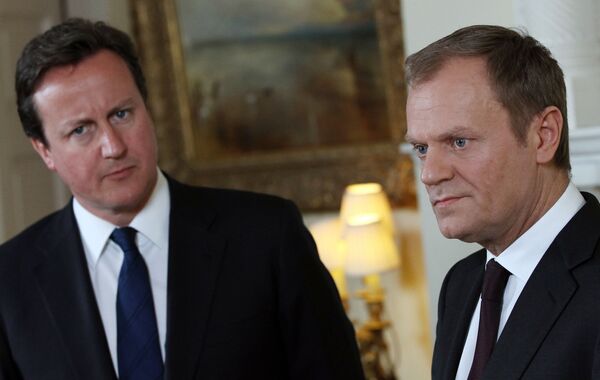 The European leader cautioned that if the UK tried forcing or rushing the EU, it would lose everything.

"And for the first time I saw something close to fear in his eyes. He finally realized what a challenge he was facing," Tusk said.

The show reveals that when Tusk asked Cameron about the reasons he agreed to hold the referendum, the UK PM responded that he "felt really safe, because he thought… that there's no risk of a referendum, because his coalition partner, the Liberals, would block this idea of a referendum." 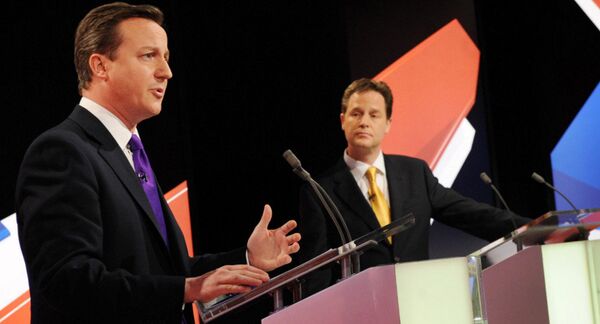 However, the Conservatives won the 2015 general election by a slender majority of 331 seats in the House of Commons, ending the ruling coalition with the Liberal Democrats and leaving Labour behind.

Tusk told Cameron the referendum idea was "so dangerous, so even stupid" and heard the PM admitting that the only reason for it "was his own party."

Speaking about Cameron's resignation after the Brexit vote, EC President said that at the time he told the PM "it would be very difficult even to imagine that a prime minister who was the leader of Remain's campaign would be just two days later a prime minister negotiating Brexit."

This👇is completely wrong. @David_Cameron spent the whole of the 2015 election campaign making clear he would not lead any form of Government that didn't have a referendum. Look at almost any interview he did. The coalition as "excuse to bail" is a myth. https://t.co/0mq2Q44ns2

Following more than two years of turbulent Brexit talks and decisions, Britain is still set to leave the European Union on 29 March 2019.

READ MORE: No 'No Deal' Vow, No 2 Brexit Ref, No Fee for EU Citizens: No Massive May Change