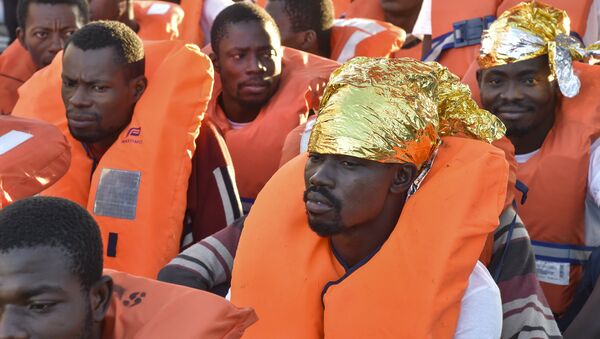 The latest row adds to tensions between the Italian authorities and France, which have on several occasions clashed over the issue of refugees and illegal migration in recent months.

“It’s not the first time the Italian authorities have made unacceptable and aggressive comments”, the insider said.

Speaking on Saturday, Di Maio, who leads the Five Star Movement, suggested that France was exploiting Africa and fuelling migration:

“I’ve stopped being a hypocrite talking only about the effects of immigration and it’s time to talk about the causes. The EU should sanction all those countries like France that are impoverishing African countries and are causing those people to leave. If we have people who are leaving Africa now it’s because some European countries, and France in particular, have never stopped colonising Africa”, he said during the weekend.

According to Di Maio, “if France didn’t have its African colonies, because that’s what they should be called, it would be the 15th largest world economy. Instead it’s among the first, exactly because of what it is doing in Africa”.

Despite the Italian envoy being summoned, Di Maio refused to back down, and doubled down on his previous remarks, saying that Paris was manipulating the economies of 14 African nations that use the CFA franc – a currency backed by the French treasury.

“France is one of those countries that by printing money for 14 African states prevents their economic development and contributes to the fact that the refugees leave and then die in the sea or arrive on our coasts. If Europe wants to be brave, it must have the courage to confront the issue of decolonisation in Africa”.

The rift between France and Italy first erupted last summer after Rome refused to accept hundreds of undocumented migrants rescued at sea. Reacting to the Italian government’s decision, French President Emmanuel Macron accused Rome of an “irresponsible” and “cynical” response to the crisis over the Aquarius vessel.

Italy, on the other hand, summoned the French ambassador, while Interior Minister Matteo Salvini demanded that Macron apologise.

Germany Rejects Reports About Flying Migrants to Italy After Salvini's Anger
In addition, Salvini took a dig at Macron, having branded the French president a “problem for the French people” in an apparent reference to the yellow vests protests that have been raging across France since mid-November.

While denouncing the violence during nationwide rallies, Salvini appeared to publicly praise “honest citizens who protest against a president who governs against his people”.

Italy’s coalition government has taken a hard-line approach on migration, insisting on the pressing need to renegotiate the so-called Dublin rule, which requires that would-be refugees file for asylum in the first EU member-state they arrive in.