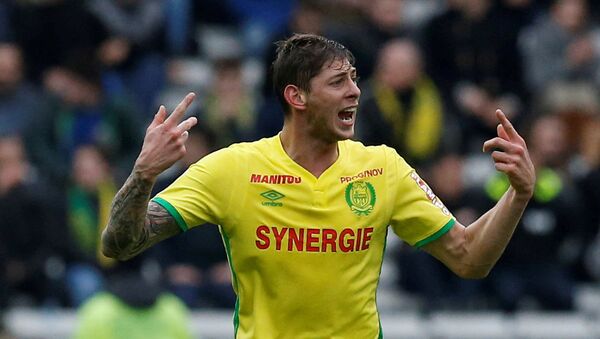 A search and rescue operation is now underway after a light aircraft travelling from Nantes in western France to Cardiff vanished from radar near the Channel Islands on 21 January. The plane has been reported to have Cardiff's new Argentine striker Emiliano Sala on board.

The football star has been recently signed by the club for a reported $23 million (£18m) and was saying goodbye to his Nantes teammates on Monday, according to his Instagram post.

On Tuesday, France's civil aviation authority has confirmed the player was on board the plane that went missing.

Fans took to social media to express their hope and wishes for the Argentine striker.

"Hope you are safe as a arsenal fan im really want to see you playing against us," a fan wrote in the comments section to Sala's Instagram post.

‪There is a new Sala in town @premierleague 😎 Very happy to sign here @cardiffcityfc!! I know the challenge is big but together we will make it 🙌‬ ‪Impatient to discover the league & the team #BlueBirds ‬

According to a police statement the aircraft lost contact while flying 2,300 feet, while the search was called off at 2am due to "to strengthening winds, worsening sea conditions and reducing visibility."