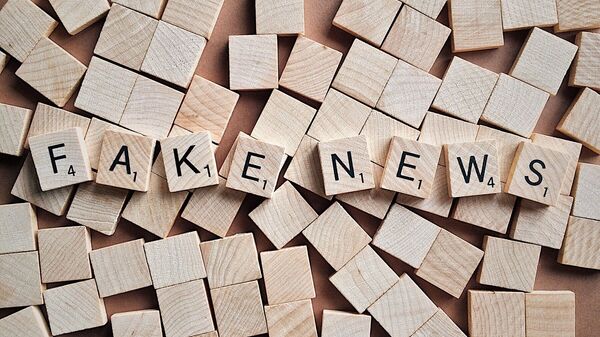 BuzzFeed isn’t backing down on its claims that Donald Trump directed his former lawyer, Michael Cohen, to lie to Congress about when talks on building Trump Tower Moscow ended ‒ despite the fact that the Special Counsel’s Office itself denied the story.

On Friday, BuzzFeed's story published the previous day claiming US President Donald Trump directed his former lawyer, Michael Cohen, to lie to Congress about when talks on building Trump Tower Moscow ended, was denounced by the Office of Special Counsel as "not accurate."

"BuzzFeed's description of specific statements to the Special Counsel's Office, and characterization of documents and testimony obtained by this office, regarding Michael Cohen's Congressional testimony are not accurate," Peter Carr, a spokesman for special counsel Robert Mueller's office, said in a Friday statement.

​BuzzFeed, however, has only dug in, resorting to pedantry to defend itself as it refuses to retract the story and instead insists the special counsel specify which parts are not accurate.

US media jumped on the story because of its implications: "at last we have the smoking gun, at last Trump is halfway out the door," journalist and author Daniel Lazare tells Radio Sputnik's Loud & Clear. "But then came Mueller's denial, and there was a lot of egg on a lot of faces, and although BuzzFeed is sticking to the story, everyone else is running away from it as fast as they can."

"This has happened time and time again," Lazare, author of "The Frozen Republic," "The Velvet Coup" and "America's Undeclared War," noted. He also mentioned a Twitter thread by a Canadian pastor named Doug Johnson Hatlem that lists (at present) 44 Russiagate stories that have been retracted.

Are we now over 50 major news stories that have had to be reracted or seriously corrected, all in the same direction, wrt Russia since 2016?

​"As soon as one story is knocked down, the press comes back with another story," he lamented. "Clearly the truth doesn't matter. I mean, Trump is an expert when it comes to fake news, but the media is copying him and is retelling fake news of his own."

"We stand by our reporting and the sources who informed it, and we urge the special counsel to make clear what he's disputing," BuzzFeed News Editor-In-Chief Ben Smith tweeted Friday evening.

On CNN Monday, Anthony Cormier, one of the BuzzFeed story's authors along with Jason Leopold, told Brian Stelter that he has "further confirmation that this is right, and we are being told to stand our ground. Our reporting is being borne out to be accurate, and we are 100 percent behind it." He refused to divulge his sources.

Cormier and Smith, who accompanied him on the network, said they "want to learn about the construction" of Carr's statement and have filed a Freedom of Information Act (FOIA) request for the communications that led to the construction of that statement.

​Stelter grilled Smith about his editorial practices, barely letting him finish a sentence as he challenged Smith's decisions about sourcing and publishing, saying, "I'm concerned there wasn't enough requests for comment, enough detailed conversation with the Special Counsel's Office… why publish Thursday night instead of waiting for a third source or a fourth source, knowing the stakes of this story?"

Cormier admitted that they weren't "in that room" and don't actually know the wording used in their infamous claim about what Trump said to Cohen, just the essence of its meaning.

It's worth noting that BuzzFeed still stands by its decision in January 2017 to publish the 35-page Steele dossier without being able to verify its claims, because of which the outlet is now a target in several lawsuits for libel — formerly including two by Cohen, incidentally, which the lawyer gave up on last April. Sputnik has also reported on the dodgy foundations of the dossier, a muckraking report compiled on Trump by former MI6 agent Christopher Steele's company Fusion GPS in the months before the 2016 US election at the behest of the Democratic Party and later the FBI.