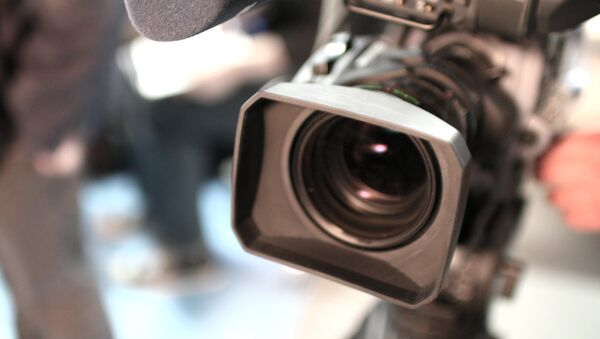 His photo of the unique biathlete Martin Fourcade (France) during the first leg of the 2017/18 Biathlon World Cup in Östersund, Sweden, won a prize in the Photography/Sport Action category.

Speaking about his victory, Alexei Fillipov said: "I was very pleased to win a prize in such an interesting and professional contest as AIPS Sport Media Awards. I am glad that one of my favourite photos of the outstanding athlete Martin Fourcade won recognition. It is a great honour for me to be on the same list of finalists as famous masters and a great incentive to develop and grow professionally".

The award ceremony was held in Lausanne, Switzerland. Winners in seven categories were chosen from almost 1,500 candidates by the expert jury comprised of representatives of the world's largest sport media. The International Sport Press Association was established in 1924 and unites sport journalists from 160 countries, including Russia.

The AIPS Sport Media Awards celebrates the professionals who produce the highest quality sports content in text, photo, video and audio formats. The AIPS aims to enhance cooperation between its members to defend sport and the professional interests of its members and to ensure the best working conditions possible.

Sputnik is one of the largest international media companies offering country-specific and regional multimedia websites in 32 languages, analogue and digital radio broadcasting in Russian, English and French in 130 cities and online.