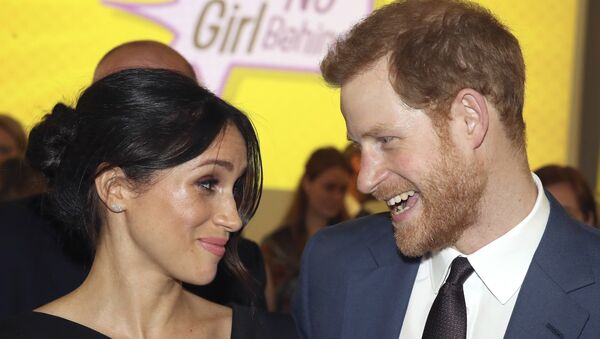 The royal couple has received guests like Amal and George Clooney, Serena Williams and her husband, as well as Priyanka Chopra, at the farmhouse-turned-royal retreat in the Cotswolds. But the posh love nest has reportedly become an attraction not only for celebrities, but also for visitors whom one would hardly wish to see in one’s neighbourhood.

A lay-by near Prince Harry and Meghan Markle’s secluded Cotswolds home has become a magnet for so-called doggers – people heading out into nature to have sex, The Sun reports. The outlet cites recommendations from websites related to the fetish as saying “Lots of lay-bys on the road…Popular with couples, gay men and voyeurs. Watch for police”.

These revelations come hot on the heels of reports that the royal couple, which has a baby on the way, plans to give up the $3.22-million country hideaway, leased for two years by property tycoon and reported friend of former Prime Minister David Cameron Nicholas Johnston. During this time, the posh residence, which was once a simple farmhouse, has seen celebrity guests like Amal and George Clooney, Serena Williams and her husband, Reddit founder Alexis Ohanian, as well as newlyweds Priyanka Chopra and Nick Jonas.

Speculating on the reasons for the move-out, some suggested that the couple could not afford the upkeep, while other sources pointed to security reasons. When the outlet asked Kensington Palace to clarify whether the decision is somehow connected to the sex sessions on the nearby road, representatives would not comment.