'Bikini Hiker' Freezes to Death in Taiwan After Plunging Into Ravine 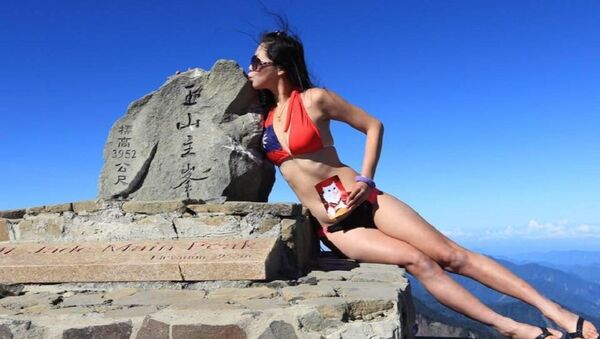 Following a search and rescue operation, Gigi Wu, also known as Wu Chi-yun, who set out on a solo trip wearing only a bikini on 11 January in Taiwan’s Yushan National Park, was found frozen to death.

Wu, who was dubbed “The Bikini Hiker”, called a friend using her satellite phone more than a week after embarking on her hike, saying that she had fallen down a ravine.

The 36-year-old mountaineer revealed that she was trapped at the bottom and was unable to move due to the injuries she sustained due to the 20-metre plunge.

The National Airborne Service Corps stated that it had made an attempt to dispatch Black Hawk rescue helicopters to her location on three separate occasions, but poor weather conditions prevented them from taking off. Wu was found 28 hours later, frozen to death at the location of her distress beacon.

Rescuers are reportedly still waiting for the weather to improve in order to airlift Wu’s body out the narrow gully.

Commander Lin Cheng-I, who heads up the Nantou County Fire Department’s Third Squadron, revealed that the woman’s distress beacon was activated at an altitude of 1,700 metres above sea level, where night-time temperatures can reach just 2 degrees Celsius.