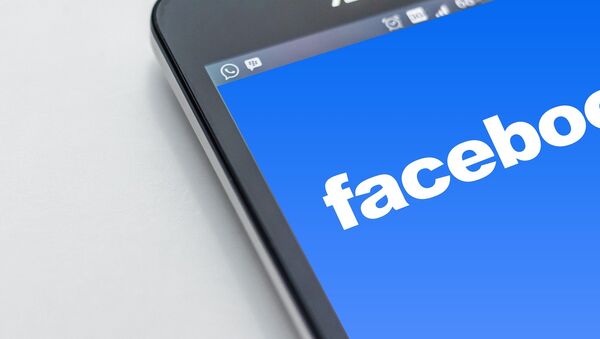 CC0 / Pixabay /
Subscribe
After a video appearing to show the young boy being bullied at a British school accumulated millions of views online, more than 10,000 people donated tens of thousands of pounds to relocate him and his family outside of the city of Huddersfield in Northern England where the incident occurred.

A Syrian refugee who was 'waterboarded' by school bullies is launching legal action against Facebook over false claims made on the site that he attacked English students, according to the Daily Mail.

Reports say that the lawyers of the 16-year-old boy, identified only as 'Jamal,' are in the process of preparing legal action against the social media giant after former English Defence League (EDL) chief, Tommy Robison, used its services to spread false accusations about the schoolboy.

Back in late 2018, after a video of Jamal being bullied at school went viral online, Robinson, whose real name is Stephen Yaxley-Lennon, declared via his Facebook page that in fact Jamal had previously attacked girls and boys at his school in Huddersfield. As apparent evidence, Robinson reposted a screenshot of a message on his Facebook from a concerned mother claiming that her daughter and her friends had been bullied by Muslim students at school.

Yet, the same mother later left a message on Mr Robinson's Facebook page saying that it was not Jamal who had bullied her child. Shortly after, Mr Robinson confessed to his huge cohort of Facebook followers that he was wrong, saying, "I have been completely had, how embarrassing, man."

🇬🇧 Syrian #refugee, 16, who was filmed being waterboarded by school bullies is suing #Facebook for not stopping #TommyRobinson posting accusations he violently attacked three English girls.https://t.co/50xhmRaQc5

https://t.co/ec8tmLiyvz ‘But it looks like Facebook has given him a special status. He was treated differently than the normal Facebook user. They have made editorial decisions about his posts and therefore became responsible and are in partnership with him.’ @facebook seriously!

​At the time, Mr Robinson also allegedly received a letter from Jamal's lawyer, Tasnime Akunjee, who reportedly told the former EDL leader that legal action was being pursued against him. Miss Akunjee later told the UK's Independent that Robinson's statements had been "clearly defamatory," adding, "we will be taking legal action."

Just ponder this: Twitter and Facebook achieved more action for the poor Syrian refugee boy in this one evening than the entire British Press Corps did in a month #JusticeForJamal #Almondbury

​Akunjee, who is a lawyer with Farooq Bajwa & Co Solicitors based in London has been widely quoted as saying that Facebook had given Robinson its ‘special status' label, giving him immunity from the normal rules that allow Facebook to regulate and moderate users' posts. Thus, according to Akunjee, Facebook bore responsibility for Robinson's posts and had awarded him with what she reportedly described as "special treatment."

Jamal's legal team is currently in the process of raising £10,000 of legal funds for the action against both Facebook and Tommy Robinson. Currently, more than 130 individuals have donated £2,662.

You can contribute to the crowdfund to sue 'Tommy' here. https://t.co/M0li1mCnVz