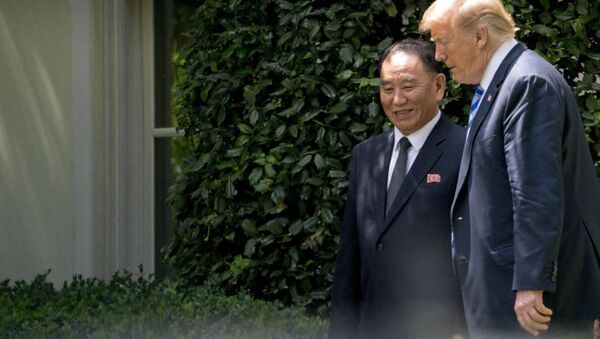 WASHINGTON (Sputnik) - US President Donald Trump said on Saturday that great progress was made at his meeting with North Korean Vice Chairman Kim Yong Chol.

"We’ve made a lot of progress," Trump told reporters.

Trump Sends Letter to North Korean Leader Amid Preparations for Summit - Reports
On Friday, Trump discussed with Kim at the White House bilateral relations and progress on denuclearization of the Korean Peninsula. US Secretary of State Michael Pompeo also met with the Korean envoy.

On January 18, White House Press Secretary Sarah Sanders announced that Trump would hold his second summit with North Korean leader Kim Jong Un at the end of next month and a place for it would be announced later.

Kim and Trump held their first landmark summit in Singapore last June. During the talks, both leaders expressed their commitment to the full denuclearization of the Korean Peninsula.