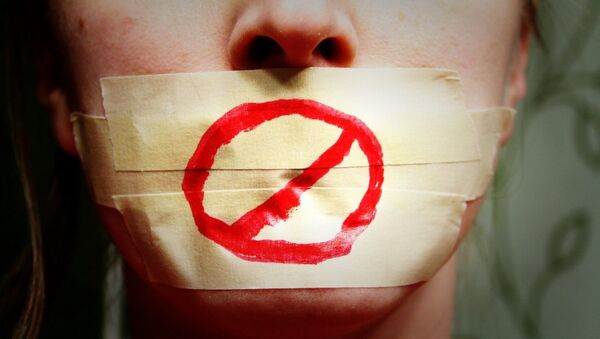 CC BY 2.0 / Jennifer Moo /
Subscribe
Social media giant Facebook has been criticized over its decision to remove 289 of its pages and 78 accounts which it has linked to Sputnik news employees.

The organization had allegedly identified groups and pages which were involved in “coordinated inauthentic behavior" on Facebook and Instagram and represented a network reportedly originating in Russia and operated in the Baltics, Central Asia, the Caucasus, and Central and Eastern European countries.

That Facebook is no longer an impartial actor in today’s age of information warfare, it cannot be denied. The company is on record as having donated 100,000 pounds to the controversial UK government funded Integrity Initiative, allegedly founded to counter so-called ‘Russian disinformation’, but which has come under fire in recent weeks for itself spreading disinformation using social media platforms, amongst other methods, through a network of journalists and academics worldwide.

According to documents unveiled by the hacker group Anonymous, Facebook contributed to the Integrity Initiative towards ‘research and education activities’. However this has led some to question whether the social media giant should be taking a political stance.

Sputnik spoke withto Dr Tara McCormack, Lecturer in International Relations at the University of Leicester for more insight on the issue.

Simonyan Urges Facebook to Explain Crusade Against Sputnik on Social Media
Sputnik: Is this not concerning given that fact that Facebook has been shown to have donated money to the UK funded disinformation campaign the Integrity Initiative; surely the social media giant should not be taking a political stance here?

Tara McCormack: Yes, well, I’d say that Integrity Initiative even notwithstanding, which in itself is a big discussion and I think a serious problem within British politics, but the broader question of should Facebook and other social media companies be taking a political position on what’s legitimate political discussion and as we know what constitutes fake news versus opinion versus simply disagreeable or opinion that for example goes against mainstream British opinion when it comes to British foreign policy or American foreign policy.

And of course these companies are not doing it off their own bat, they are doing it in conjunction with, for example, the American government and institutions like the Atlantic Council.

Dangers Grow: 'New Cold War' Acquired an Evident Ideological Component - Scholar
This is extremely worrying because like it or not, social media functions like a public commons now. So yes, that big corporations essentially in partnership with powerful states are now deciding what is permissible opinion is I think something that should absolutely terrify us.

Sputnik: How dangerous is this for democracies, if we have this kind of political censorship going on?

Tara McCormack: I would say extremely dangerous. We’ve had a few years when the internet has functioned in quite an open way but I think we are seeing that that is now changing quite rapidly and the West’s demon of Russia is turning out to be quite handy in this respect, in that under the guise of ‘protecting us from Russian disinformation’ we’re going to see pretty widespread censorship and manipulation of what we are permitted to see.

Obviously so that it doesn’t turn our tiny brains and we become Bolsheviks perhaps! So it’s very dangerous and it’s happening in a way that’s not hugely known about or understood. In American journalist Yasha Levine has been writing about this for quite a while, but it’s not hugely understood and the reason for that, unfortunately, a lot of our mainstream media support it.

Washington State Fines Google, Facebook for Political Ads, Lack of Transparency
So the people who should actually be saying, ‘hold on, the censorship of the public square now isn’t a good things’ – they will not do that, because they support it. So we’re in a bit of a bind and there are very few people who will actually speak out about it.

Sputnik: Are there instances when you think Facebook should be deciding what accounts and pages should be allowed to exist?

Tara McCormack: No, I don’t. I think that we need to allow free speech, freedom of opinion and ultimately if people don’t want to read something or look at something they don’t have to –that’s the great thing about free media – you don’t have to read it if you disagree.

You don’t have to like it, and equally it gives you the freedom to make a counter…No, I would be for the maximum free speech and freedom of consciousness so that’s no, emphatically.

Views and opinions expressed in this article are those of Tara McCormack and do not necessarily reflect those of Sputnik.

000000
Popular comments
This self-imposed Western censorship is a total disgrace !