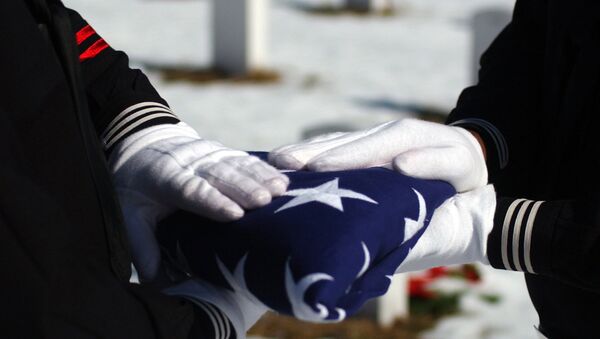 Finian Cunningham
All materials
It's a crowded field with many candidates for the prize of Absurd American, but possibly the nation's top diplomat Mike Pompeo is a leading contender.

This week, the US Secretary of State continued his psychotic vendetta against Iran by accusing the Islamic Republic of threatening Europe and North America with its space program.

Iran tried to launch a communications satellite into space. It was unsuccessful on this occasion, but that's not the point. Pompeo said the rocket-type used for delivering the satellite could also be fitted in the future with a nuclear warhead.

Iran rebutted the speculation by saying it doesn't have nuclear weapons nor is it endeavouring to acquire them. Iran's claims have been verified by dozens of UN inspections. Besides, and more importantly, Tehran says it has the sovereign right to explore space and develop its own communication systems.

Pompeo accused Iran of violating a UN Security Council resolution (UNSC 2231) which forbids Tehran from developing ballistic missiles for delivering nuclear weapons. Tehran rejects that it is in breach of the resolution because the space rockets are not technically designed for its non-existent nuclear warheads.

Here's the punchline. The UN resolution which Pompeo is referring to pertains to the international nuclear accord signed in 2015 by Iran and the five permanent members of the Security Council plus Germany.

The Joint Comprehensive Plan of Action (JCPOA), as it is formally known, was unilaterally abandoned by US President Donald Trump in May last year.

So here we have Trump's most senior diplomat Mike Pompeo condemning Iran for breaching the JCPOA which the US itself has dishonoured by walking away from.

That's just one reason why Pompeo is a strong contender for the Absurd American prize. There's more.

Last week, he delivered a speech in Cairo where he enunciated a litany of falsehoods and oxymorons — all with a straight face. Among his astounding claims was his assertion that "the US is a force for good in the Middle East". Yes, this from the former head of the CIA whose country has caused millions of deaths from illegal wars of aggression, decimated whole societies and set up torture dungeons around the world.

Pompeo added — with apparent sincerity — that "the US is a liberating force, not an occupying power… We have never dreamed of domination in the Middle East."

This is while there are at least 2,000 US troops illegally occupying parts of Syria, and the Americans maintaining dozens of permanent military bases across the region.

But truth be told, this is not just about Pompeo. Pick almost any US politician or corporate media pundit and the prize for Absurd American is up for grabs by all of them.

Take the latest claims in America's supposedly finest newspapers that President Trump is an agent of the Kremlin. The New York Times and Washington Post have both excelled in crassness by pushing the claim that Trump "has been working for Russia".

Russian Foreign Minister Sergei Lavrov was this week visibly mortified by the "stupidity" of the American media. He said the nonsense claims about Trump being an agent for the Kremlin represented an "absurd plunge in the standards of American journalism".

Moscow said it is becoming virtually impossible to even have a dialogue with Washington, such is the deterioration in American political culture and intelligence. To try to engage in a discussion would be like trying to have a conversation with an inebriated person.

It's just not possible. It's futile.

Here's another mark of American absurdity. This week, Washington reiterated it was trashing the Intermediate-range Nuclear Forces (INF) treaty because, it claimed, Russia is in violation of the treaty.

The INF signed in 1987 bans the installation of land-based ballistic missiles with the range of 500-5,500 kilometres. The American side accuses Russia of breaching the treaty, but has steadfastly refused to provide any evidence or details to back up its claim. Meanwhile, the US has actually installed missile systems in Poland and Romania which could potentially launch nuclear warheads on Moscow within minutes.

Russian President Vladimir Putin is correct when he says that the real agenda of the US side is to unilaterally rip up the INF. It does not have a genuine case against Russia. Thus, accusing Russia of violation is a pretext for the Americans to dishonour their legal obligations.

The purpose is to give themselves a license to encroach offensive missiles against Russia. In that way, Washington calculates it will be able to pressure Moscow into submitting to its political and economic ambitions for global hegemony.

The Americans — at least the political class — are probably the most dumbass entity the world has ever seen. Their arrogance and ignorance, compounded by the brainwashing of self-righteousness and virtue, make them a truly irredeemable scourge on the world.

Mike Pompeo claimed in his Cairo speech last week that he keeps a Bible open on his desk in Washington DC so that every day he "can hear the word of God". Presumably, Evangelical Mike takes one with him on foreign trips too.

Now that is scary. Imbeciles believing they are empowered by God.

000000
Popular comments
You are so right Finian in this to the point report. An amoaeba has more brains than the entire US polical assembly. Perhaps they're so used to their toxic enviroment nothing matters any more.

sapper
18 January 2019, 16:41 GMT1
000000
The 1991 interruption in the development of communism created a void that ignorance and arrogance and outright insanity now fills. Russia needs to stop complaining about this void and start filling it! It needs to seize the initiative, reaffirm the validity of communist theory, and go on the ideological offensive. This is called leadership! The moral, political, financial and military bankruptcy of the Empire of the West is obvious to most, by now. What's lacking is an alternative -- an alternative that Russia has the power to offer. What is Russia waiting for?