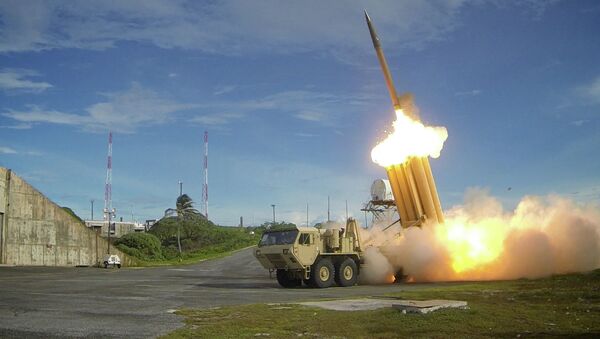 "Our missile defense capabilities are primarily postured to stay ahead of rogue state threats.The forces, for example, that we have positioned in Europe are there to deal with extra-regional threats like those that come from Iran," the official said on Wednesday.

Russia
What You Need to Know About Russian S-400 Air Defense Missile System
The same senior US administration official said that the new MDR will address cruise missile and hypersonic weapons in addition to ballistic missile threats.

"This Missile Defense Review is responding to an environment in which we have not just ballistic missile threats but also cruise missile threats and other types of weapons like hypersonic… so expanding the scope of what we're postured to defend against with this new review," the official said.

The White House official has also commented on a key point of the new MDR's emphasis.

"Space-based capabilities are a significant point of emphasis, it's something we want to invest in.We think that's very important for going beyond the current types of capabilities we have. Space is key to the next step of missile defense," he said.

The MDR will call for further studies into missile defense concepts such as space-based interceptors or direct-energy satellites (lasers), but it will not direct the development of anything specific, the official said.

The United States is looking into a concept of having a layer of satellites in space to help get early warning detection when missiles are launched, according to the official.

Asia
US Military Budgets $1B Missile Defense Radar in Hawaii Amid North Korea Threat
Continuing his speech, the official highlighted that the US continues to rely on its nuclear deterrence to deter potential nuclear attacks.

"The United States still relies on nuclear deterrence to deter a potential Russian or Chinese nuclear attack," he said.

The statements were made during a conference call previewing the 2019 Missile Defense Review (MDR), which is to be presented on Thursday morning at the Pentagon. According to the official, the previous US missile defense review to be put out was in 2010.