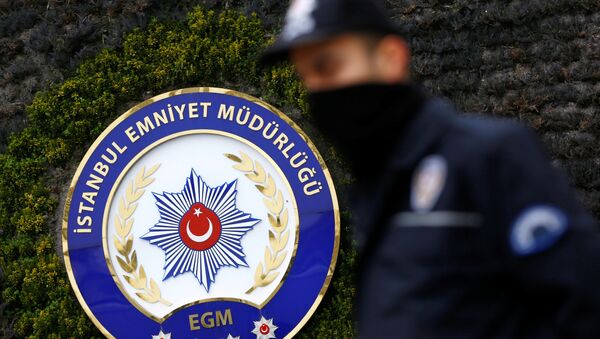 © REUTERS / Murad Sezer
Subscribe
Ans Boersma, a journalist working for the largest Dutch financial newspaper, was expelled from Turkey earlier in the day.

The Turkish authorities on Thursday deported a Dutch correspondent of a major financial newspaper over suspected links to Jabhat al-Nusra* terrorist organization (banned in Russia), based on intelligence received from the Netherlands, Fahrettin Altun, the communications director for the Turkish presidency said.

"The Netherlands told Turkey that the reporter, who was deported today, had links to Jabhat al-Nusra. We acted on intelligence from the Netherlands and took a precautionary measure," Altun said on Twitter.

The communications director added that it was up to the Dutch authorities to explain the reasons for their suspicions.

"If a credible foreign gov't agency tells you that one of their citizens has links to terrorism, you don't take any chances. The Dutch authorities alone are in a position to explain why they arrived at that conclusion. We won't speculate on the credibility of their intelligence," Altun said.

As Turkish officials explained, Boersma's deportation was not linked to her work as a journalist. Last week, the Turkish government reportedly extended the Dutch journalist's accreditation for 2019.

According to the FT, Het Financieele Dagblad editor Jan Bonjer wrote on the Dutch newspaper's website that he was "deeply shocked" by the incident, calling the deportation a "flagrant violation of press freedom."

Ans Boersma, a freelance reporter for Dutch daily Het Financieele Dagblad and other media outlets, was arrested at an Istanbul police station on Wednesday while submitting documents to extend her residence permit, the Financial Times newspaper reported earlier in the day.

Turkish-Dutch relations suffered a blow in March 2017 when the Netherlands refused to allow Turkish Foreign Minister Mevlut Cavusoglu's plane to land on Dutch soil. The diplomat was supposed to meet with Turkish expats in the Netherlands in the run-up to the Turkish constitutional referendum.

After the incident, Ankara declared the Dutch ambassador a persona non grata. In February 2018, the Netherlands officially recalled its ambassador from Turkey. In September, Turkey and the Netherlands reappointed ambassadors amid an improvement in bilateral relations. The decision to resume diplomatic ties and reinstate ambassadors was made by Cavusoglu and his Dutch counterpart, Stef Blok, during their meeting in July.

*Al-Nusra Front is a terrorist group banned in Russia