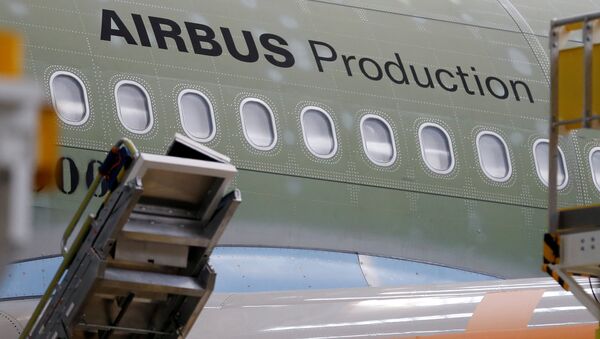 Theresa May's Brexit divorce deal, which was approved by the European Union in late November, was voted down by UK lawmakers on Tuesday. This has triggered concerns that Britain could crash out from the bloc without any trade arrangement, which would be the most damaging scenario for the national economy.

Airbus "may accelerate" its plans for a no-deal Brexit outcome, the company's CEO Tom Enders said on Wednesday, according to the Financial Times.

The European aircraft maker "has been on that path already for quite some time", Enders told reporters on Wednesday. "We will not change course, we may accelerate [our plans]."

Fears of a no-deal Brexit have re-surfaced after Theresa May's Brexit deal suffered a crushing defeat in the House of Commons by a record margin of 230 votes, while the Prime Minister herself survived a vote of no confidence. Over 170 business leaders have reportedly teamed up to warn the government against the negative consequences for the national economy; in a letter due to be published in The Times on Thursday, they will call for a second Brexit vote to try and reverse the widely-disputed decision.

The government rushed to reassure big companies on Tuesday night that Britain would depart from the bloc under an agreement that would not damage the so-far frictionless trade.

"Ministers had expressed a certain degree of optimism that a no-deal Brexit would not happen," Tom Enders said, adding that "there is still a chance for" a scenario that would see Britain aligned to the EU closer that pessimists expect now.

Airbus, which employs around 14,000 people at over 25 manufacturing plants in Britain, earlier sounded the alarm about the job losses that Brexit would entail. The aerospace mammoth warned that it would "reconsider" investments in the UK as well as its long-term strategy for the country if Britain pulls out of the EU without an alternative arrangement in place.