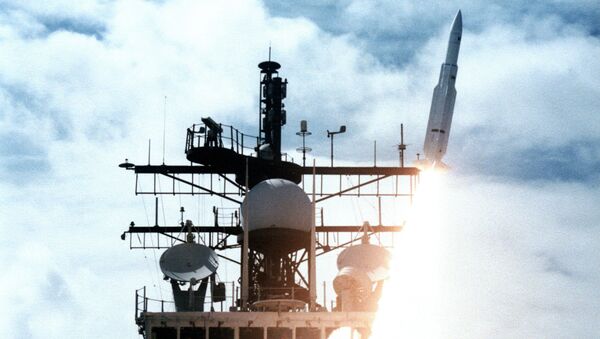 The US called the latest round of negotiations aimed at preserving the Intermediate-Range Nuclear Forces (INF) Treaty "disappointing". At the same time, Russian Foreign Minister Sergey Lavrov slammed the US for ignoring Moscow's "constructive proposals" and sticking to its own "prepared position that was based on an ultimatum".

US Undersecretary for Arms Control and International Security Andrea Thompson announced that the United States is planning to commence its withdrawal from the INF Treaty beginning 2 February, citing a lack of "Russian compliance". The process of withdrawing from the bilateral treaty will take around 6 months to complete. Russia will have the same amount of time after the suspension of US obligations under the treaty to prove that it has halted its alleged violations.

She added that no progress in regards to resolving the alleged treaty violations had been made during the meeting with Russian representatives in Geneva, as Moscow had failed to provide "verifiable measures to uphold INF Treaty". The US undersecretary expressed hope that Russia would present a plan to return to compliance with the treaty at the NATO-Russia Council next week.

Thompson further noted that following a full withdrawal, the US would be free to conduct research and development of armaments banned under the INF Treaty.

Both parties at the recent Geneva talks on the INF Treaty's future were left unsatisfied with the meeting. The Russian side slammed the US representatives for arriving to the talks with premeditated positions, which led Russian Foreign Minister Sergey Lavrov dubbed to state: "You are violating the treaty and we are not".

He added that Russia had presented "constructive proposals" to the US, going on to explain what the 9M729 is — the missile system that led Washington to believe that Moscow was in violation of the 1987 treaty.

In early December 2018, Secretary of State Mike Pompeo said that the US would suspend its adherence to the INF treaty within 60 days unless Russia returned to full compliance with the agreement. Moscow has consistently denied any violation of the 1987 accord, adding that the 9M729 missile system that US demanded they ban had been tested by Russia only at ranges permitted under the treaty.