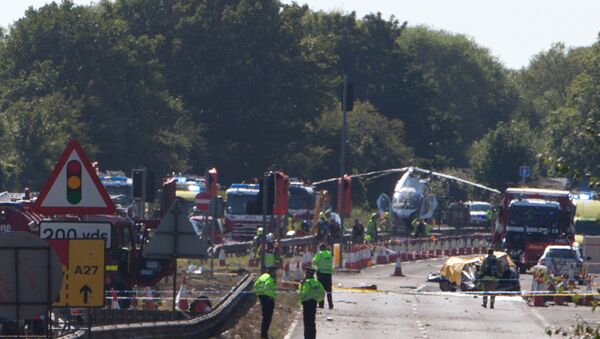 © AFP 2023
Subscribe
International
India
Africa
In August 2015 a Hawker Hunter jet ploughed into traffic on a main road on the south coast of England during an airshow, killing 11 motorists.

The pilot, Andrew Hill, was thrown clear of the "massive fireball" created by his crashing plane and survived but on Wednesday, January 16, he went on trial accused of 11 counts of manslaughter by negligence.

Eleven men — ranging in age from 23 to 76 — were killed when Hill's plane hurtled into the ground as they drove along the A27 dual carriageway, the main road between Brighton and Portsmouth.

Hill, 54, was performing a spectacular "bent loop" manouevre to the watching crowds at the Shoreham Airshow.

But the prosecution claim Hill failed to gain enough thrust or altitude to complete the manouevre and should have aborted it. 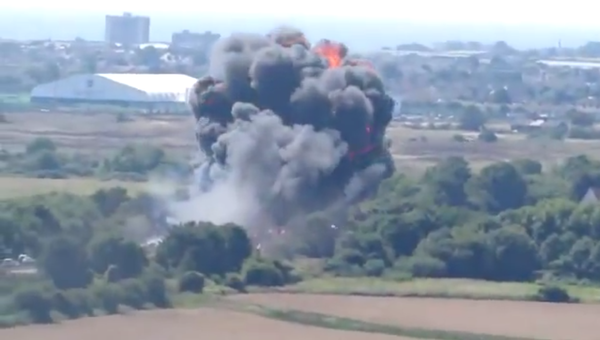 Moment of the plane crash at the Shoreham Airshow in West Sussex, England
© Photo : Youtube/ NewsOnline

Tom Kark QC, prosecuting, told a jury at London's Central Criminal Court that Hill was a very experienced pilot who had served in the RAF between 1985 and 1994 and was still working for British Airways at the time of the crash. 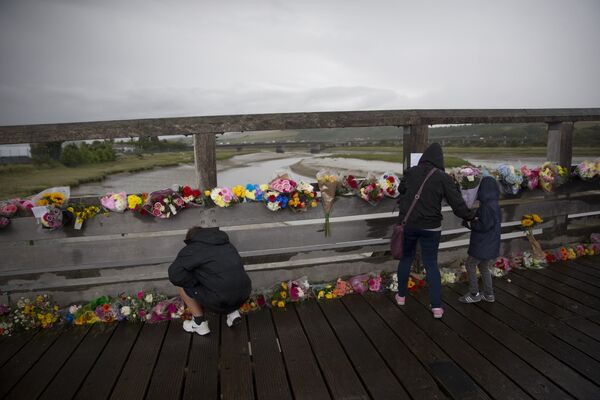 "He did not have the height to pull the aircraft out of its dive, back to level flight at a safe height and, as a result he crashed into the ground. The effects of that crash were devastating and 11 people lost their lives as a result," said Mr. Kark.But he said he made a serious error on 22 August 2015 which was "serious negligence".

Hill "miraculously escaped because his cockpit separated from the rest of the aircraft ending in a ditch," Mr. Kark said.

"His seat was thrown out of the cockpit and he was left lying on the ground. He was saved by the bravery of firefighters, paramedics and a doctor who managed to get to him despite the fires that were still burning all around," he added.

The prosecutor said there were no mechanical problems with the plane and the 11 victims died "purely because of pilot error."

Mr. Kark said Hill had been known to take risks and he said his display at another airshow in Southport, near Liverpool, had been halted in 2014 due to his "dangerous" flying.

He said the prosecution would be calling several aviation expert witnesses who would be able to discount G-Loc or loss of consciousness due to G-Force, as being a factor in the accident.

The trial is expected to last until March.