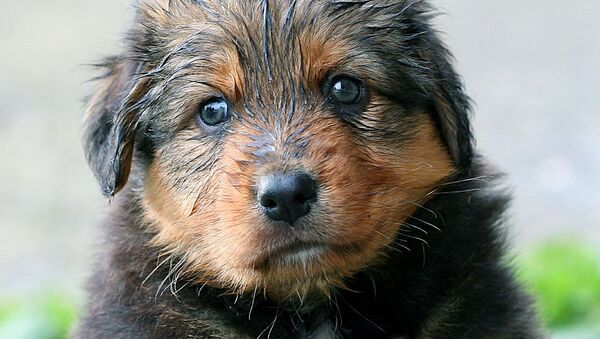 CC0 / /
Subscribe
During interrogation, the accused said that they had beaten the puppies up because these would often sleep inside bathrooms of the all-girl hospital and frighten its inmates.

New Delhi (Sputnik) — Police have arrested two nursing staffers in Kolkata, a metropolis located in eastern India, as the two were seen beating over a dozen puppies to death in a video that went viral earlier this week. Police have recovered the carcasses of 15 puppies dumped on the premises of city's Neel Ratan Sarkar Hospital.

"They have been arrested under sections 429 (killing or maiming animals) and 201 (causing the disappearance of evidence) of the IPC and the Prevention of Cruelty to Animals Act", Dwaipayan Biswas, deputy superintendent of Neel Ratan Sarkar Hospital, told to media after the arrest.

The two allegedly confessed to their crime during interrogation. The probe was done by a three-member committee comprised of the hospital authorities and the police.

"We suspect that more people were involved and action will be taken against them all. It is a case of animal brutality and no one will be spared", the police officer said.

The video caused a massive uproar among animal lovers in the country.

This case could possibly set the standard for Animal Right in India and how animal abuse will be dealt with in the years to come… those two heartless women deserve the strictest punishment possible for their evil act! #Outrageous https://t.co/SuYX5ZCF9v

The Kolkata incident where innocent puppies were killed raises a question- Are common people in West Bengal so much under pressure that they have become aggressive, & insensitive to the plight of the neglected, homeless, hungry, scared & yet loyal dogs struggling for survival? pic.twitter.com/Cz7PkS0dgE