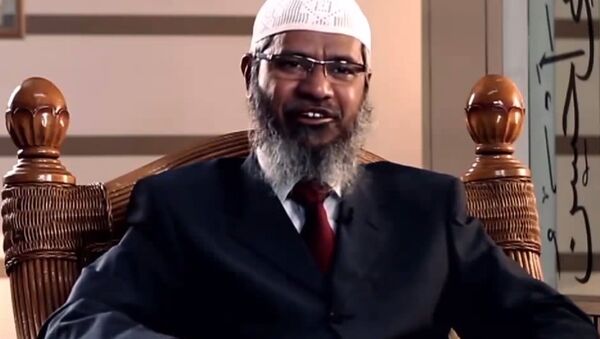 Peace TV was found by Zakir Naik - who was barred from entering the UK in 2010 after he reportedly praised Osama bin Laden.

The Sunday Times has reported that UK media regulator, Ofcom, is investigating comments made on Peace TV by Haitham al-Haddad, a Saudi-born Islamic scholar.

In an episode of the show Marriage and Divorce, broadcast in November, he reportedly said fathers should "push" their daughters into getting married and said he was alarmed that some Muslim women wanted to complete their education before their weddings.

He claimed some older women wished their parents had forced them to get married earlier.

The Sunday Times reports that Dr. Haddad has in the past been criticised for calling homosexuality an evil crime and appearing to condone female genital mutilation.

Forced marriage is illegal in England and Wales and disobeying a forced marriage protection order can lead to a sentence of up to five years in jail.

Dubai-Based Channel Can Be Received in UK

Mr. Naik, the Indian founder of Peace TV, was barred from the UK in 2010 after he said "all Muslims should be terrorists".

His Dubai-based Urdu language satellite channel is still available in Britain despite several breaches of the Ofcom code.

Peace TV says it promotes a peaceful Muslim viewpoint and had editorial controls in place to prevent the broadcast of extremist content.

The channel was founded in 2006 and claims to have had a global audience of 200 million at one point, though its reach has been hampered by bans in a number of countries.

Sputnik has contacted Ofcom to seek independent confirmation of the allegations made in the Sunday Times but has not yet received a reply.