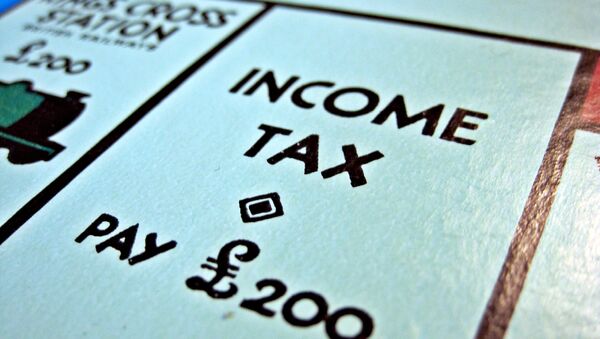 The new taskforce, which the British government presented following a spike in suspicious financial activities, has been created to tackle a wide range of economic crimes, including fraud, bribery, corruption and money laundering, which have a combined value estimated to be at least $18.5 billion.

The new Economic Crime Strategic Board has held its first meeting, jointly chaired by Home Secretary Sajid Javid and Chancellor of the Exchequer Philip Hammond, on 14 January. The newly created taskforce is expected to boost the UK’s efforts to combat fraud, bribery, corruption and money laundering, which are believed to be worth $18.5 billion, according to the British Cabinet.

The cross-departmental board, the first of its kind, will meet twice a year and include chief executives from the banking institutions Barclays, Lloyds and Santander, as well as senior representatives from UK Finance, the National Crime Agency (NCA), and other regulatory authorities.

Vital we all do more to crack down on fraudsters & other serious criminals who feed off dirty money, destroying lives. Today @PhilipHammond and I chaired the first Economic Crime Strategic Board with partners in the financial sector to tackle the threat pic.twitter.com/3X4rMyKp7o

​At its initial meeting, Javid confirmed that the Home Office will assign £3.5 million ($4.5 million) for 2019/20 to support the reform of the system that is used flag suspicious activities, including money laundering and terrorist financing (suspicious activity reports regime, or SARs). The number of reports spiked in 2017-2018 by 10 percent in comparison to the previous year, climbing to almost 464,000 cases.

Reforming the SAR is part of the Serious and Organised Crime (SOC) Strategy, which will receive at least £48 million ($61.67 million) over the course of two years. The private financial sector has committed £1 million since late 2018, according to government announcements.

“We need to take action on all fronts to target the corrupt fraudsters who are lining their pockets with dirty money and living luxury lifestyles at the expense of law-abiding citizens”, a statement by Home Secretary Sajid Javid reads.

Meanwhile, Reuters reported that the new structure would put a special focus on Russia, Nigeria, the countries of the former Soviet Union, and Asia. The report came as UK-Russian relations have deteriorated sharply after London accused Moscow of being behind the poisoning of Russian ex-spy Sergei Skripal in the UK city of Salisbury in early March 2018.