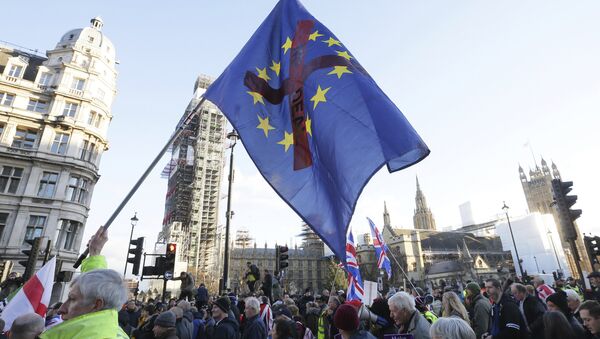 The final vote on the deal is slated for 15 January. However, Prime Minister Theresa May does not have enough votes, as the opposition Labour Party and even some Conservative lawmakers oppose the agreement, negotiated by the government.

"It is with regret that I hereby tender my resignation as a Minister in the Government Whips' Office", Johnson wrote in a letter to May, published on his Facebook page. "This agreement prevents us from taking back control and instead could leave us perpetually constrained by the European Union".

He cited "personal objections" to the Brexit plan in general, and the backstop solution for the Irish border in particular.

The politician has served as Parliamentary Private Secretary to the Secretary of State for Exiting the European Union since June 2017.

READ MORE: Most Tories Would Choose No Deal Over May's Brexit Plan — Poll

How They Try to Stop Brexit
In order to get the deal through Parliament, the prime minister needs 318 votes, but 117 of the 317 Conservative MPs voted against her in a confidence vote on 12 December. Additionally, the PM will have to gain the support of several Labour and Democratic Unionist Party (DUP) MPs.