Qatar Makes 'Generous Offer' Amid US Base Expansion 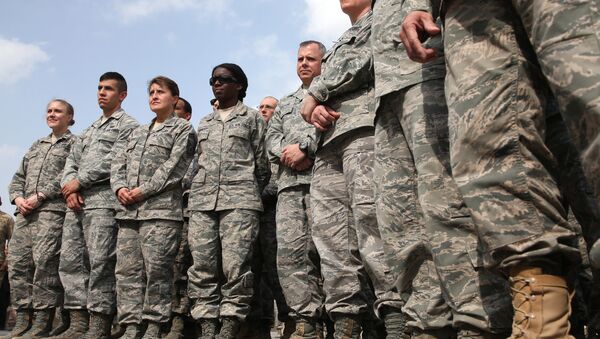 © AP Photo / Mark Wilson, Pool
Subscribe
US Secretary of State Mike Pompeo announced on Sunday that he had signed a memorandum of understanding (MOU) with Qatar regarding the expansion and renovation of al-Udeid Air Base, which hosts thousands of US military personnel and the forward headquarters of the US military’s Central Command.

Qatar has offered the United States to cover capital expenses for the expansion of the largest US military base in the Middle East – al-Udeid.

“The US and Qatar signed an MOU enabling deeper coordination on potential expansion at Al Udeid Air Base. Qatar’s offers to fund capital expenditures and sustainment affords the possibility of a more enduring US presence”, the joint statement issued following the second US-Qatar Strategic Dialogue read.

Washington has also welcomed “Qatar’s generous offer to expand critical facilities at bases used by US forces in the country and to align operating procedures at these bases with NATO standards, thereby increasing the operational capability of US and coalition forces based in Qatar”.

Washington, Doha Sign Deal to Expand al-Udeid Air Base in Qatar - Pompeo
In addition, the two countries have agreed to boost cooperation in areas of mutual interest, such as combating terrorism, consolidating state-of-the-art defence facilities, expanding trade and investment partnership, as well as enhancing educational and cultural cooperation.

According to US Secretary of State Mike Pompeo, who signed the MOU with Qatar as part of his Mideast tour, al-Udeid is home to 13,000 US coalition personnel engaged in the fight against Daesh* in Syria and Iraq.

Speaking at the press conference, Pompeo urged the Gulf State to end the ongoing boycott of Qatar, saying that it “has dragged on too long”.

“We’re more powerful when we’re working together. Disputes between countries that have a shared objective are never helpful”.

In 2017, the so-called Arab Quartet – Saudi Arabia, United Arab Emirates, Bahrain, and Egypt – severed diplomatic ties with Qatar, including imposing travel and trade bans, over Doha’s alleged support for terrorism. The four countries also issued several demands, insisting that Qatar must shut down the Al-Jazeera TV Channel, reduce ties with Iran and close a Turkish military base in the country.