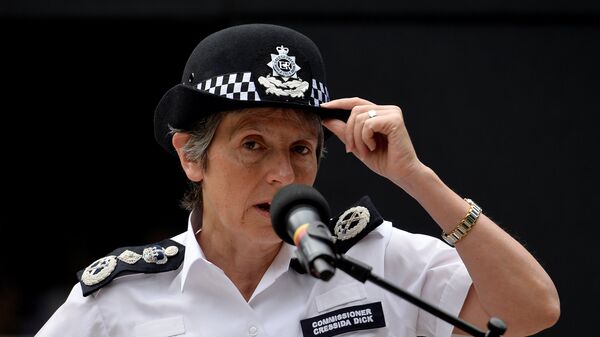 The move comes as some localities across the UK, including Nottinghamshire and Somerset, have adopted misogyny as a form of hate crime for testing purposes. Yet, the move is likely to be seen by some as yet another symptom of the encroachment of political correctness.

British police forces should begin nation-wide efforts to treat misogyny as a hate crime, according to an open letter signed by various politicians and so-called activists.

British members of parliament (MPs) such as the Liberal Democrat Jo Swinson, Labour's Stella Creasy, former Labour Home Secretary Jacqui Smith and 'woman's rights' activist Helen Pankhurst are just a few of the public figures who have put their names to a open letter launched by 'gender equality' and woman's rights charity, the Fawcett Society.

The charity's chief executive, Sen Smethers, has been widely quoted across British media outlets as making the grand claim that misogyny is "at the root of violence against woman and girls."

"Yet, it is so common that we don't see it. Instead it is dismissed and trivialised. By naming it as a hate crime we will take that first vital step," he reportedly added.

Misogyny hate crime in places where it has been implemented, such as Nottinghamshire in the UK, is rather vaguely defined as, "incidents against woman that are motivated by the attitudes of men towards woman and includes behaviour targeted at woman by men simply because they are woman."

We have to recognise how serious misogyny is. It is at the root of violence against women and girls. Yet it is so common that we don’t see it. Instead it is dismissed and trivialised. By naming it as a hate crime we will take that vital first step. https://t.co/OAAqKZjS0d

Misogyny should be made a hate crime and treated like racism or homophobia according to a letter sent to @metpoliceuk Comm Cressida Dick. In November Ms Dick said "stretched" police forces should focus on violent crime, not recording incidents of misogyny. Is she right? pic.twitter.com/kWrvqOCgyu

​​According to Fawcett's analysis, there have been around 67,000 incidents of what it describes as gender-based 'hate crime' last year alone. They say that at least around 57,000 of those were targeted at woman and girls.

Smethers has said that these statistics should act as a "wake-up call" to anyone still in doubt about the prevalent role played by misogyny in British society. Reportedly, he elaborated that "woman are routinely targeted with abuse and threats" pointing out that Muslim, black and Jewish woman are "particularly affected."

​Yet, some argue that a double-standard is at play because 'Misandry' by woman against men is often overlooked by activists.

@jacqui_smith1 you put your name to a petition calling for misogyny to be classed as a hate crime….yet there were 64% more cases of misandry last year, and 48% more in 2017, you want equal rights…then make things equal.

New threat to freedom of speech as politically correct MPs call for "misogyny" to be classified as a "hate crime": https://t.co/EIidZgN61a

​​Others who have signed on the open letter's dotted line include the Green Party's deputy leader, Amelia Womack, and the chief of Woman's Aid, Katie Ghose. Reports say that according to the latter, treating misogyny as a hate crime will engender greater confidence among woman and girls in the UK justice system.

Unlike other categories of hate crime, such as those based on race or religion, the British justice system and police forces do not consider 'misogyny' to be a valid form of hate crime.

The coalition of politicians and activists intends to pile pressure on the British Metropolitan Police — already beset by chronic funding shortages and low numbers of police officers — to start treating misogyny, including acts such as 'wolf-whistling,' as a hate crime, worthy of legal action, as soon as possible. However, police commissioner, Cressida Dick, has so far resisted such calls, arguing that, "we don't have those [specific laws] in relation to gender-related crime or misogyny and, in my view, we should be focusing on the things that the public tell me they care about most."

​On top of that, the chair of the National Police Cheif's Council, Sara Thornton, has also publicly aired her disagreement with prescribing misogyny as a crime. Back in November, when the debate started heating up, Thornton was widely quoted as saying that law enforcement authorities should focus on "core policing." In response to the new open letter, she reportedly declared that, "the core policing that the public tell us they care about most is seriously stretched. We do not have the resources to do everything that is desirable and deserving."

Thompson added that the "stretched" forces should instead focus on violent crime, including "protecting woman and girls from violence and sexual or domestic abuse."