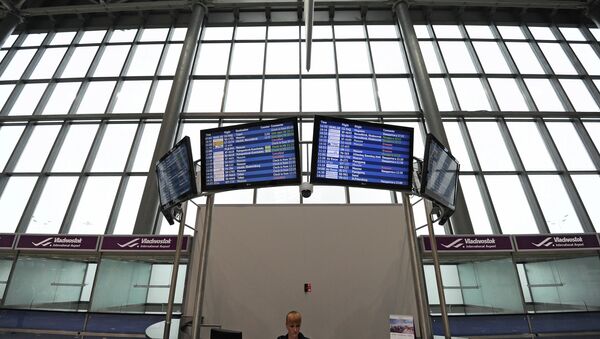 TOKYO (Sputnik) - Japanese airline ANA (All Nippon Airways) intends to organize regular flights from Japan to Russia's Moscow and Vladivostok for the first time in the 2019 fiscal year amid increasing economic cooperation between the two countries, the Nikkei newspaper reported on Monday.

Until now, only one of the country's carriers, Japan Airlines, offers regular flights to Moscow from Tokyo, while flights to Vladivostok from Japan are serviced by Russian carriers exclusively, the publication noted.

Moscow: Japan’s Claims on Peace Treaty With Russia Distort Previous Arrangements
According to the newspaper, 140,000 passengers travelled from Moscow to Japan in the period from December 2017 to November 2018, up 10 percent from a year earlier. At the same time, the number of passengers from Japan to Vladivostok increased by 20 percent year-on-year to about 70,000 over the same period.

In 2017, more than 300 Japanese companies had offices in Moscow and about 50 in Vladivostok.

Economic ties between Russia and Japan have expanded in recent years, including in the Far East, amid efforts of the two governments to create the conditions for the signing of a peace treaty. Last December, a shareholder agreement was signed in Tokyo on the participation of a consortium of Japanese companies Sojitz, JOIN and JATCO for the construction of new airport facilities at Khabarovsk International Airport.