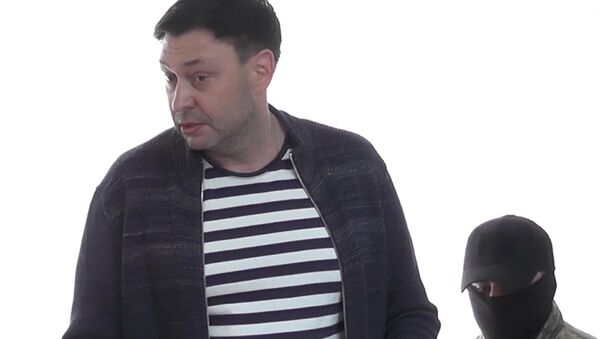 Earlier in the day, an appeal court in the Ukrainian city of Kherson rejected Vyshinsky's request regarding his arrest extension.

Vyshinsky was detained in Kiev on May 15 on suspicion of supporting the breakaway republics of Donbass and on treason charges. The maximum penalty for such offense is 15 years of imprisonment.

On December 27, the Kherson city court extended Vyshinsky's detention until January 27. The defense asked the court to release Vyshinsky, with Domansky personally pledging for him.