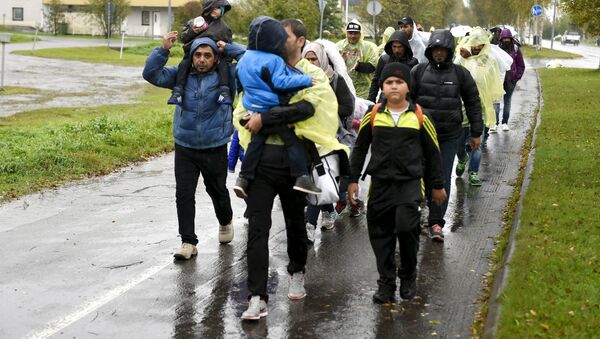 Police in Oulu, northern Finland, have launched a preliminary investigation into four new cases of suspected sexual abuse of girls under the age of 15. At the same time, a similar investigation featuring migrant suspects is going on in the capital city of Helsinki, where a series of arrests have been carried out, national broadcaster Yle reported.

These police announcements follow a previous round of investigations last November in which eight men with immigrant backgrounds were detained on suspicion of partaking in a grooming gang that abused underage girls as young as ten.

According to the Oulu police, the newly discovered spate of offences allegedly took place during the summer of 2018. So far, three foreign-background individuals have been arrested in connection with the crimes. According to Interior Minister Kai Mykkänen, the suspects in the newest assault cases came to Finland from North Africa and the Middle East. Some of the suspected men are Finnish citizens and some are awaiting asylum decisions.

In Helsinki, three men of foreign descent were held on Saturday on suspicion of aggravated child sexual abuse and aggravated rape. According to officials, the series of offences took place during the past two months at a residence in eastern Helsinki. However, the police declined to disclose the number of victims and their ages, as well as provide further details.

Prime Minister Juha Sipilä expressed "grief and disgust" at the new spate of sexual crimes, claiming he understood the worry and anxiety that many people are feeling. In a statement, Sipilä stressed that everyone who comes to Finland should respect Finland's laws and the principle of personal integrity, emphasising that Finland's asylum system cannot protect criminals. Sipilä called the assaults "completely inhumane and reprehensible".

"It is unbearable that some people who have asked for and even received asylum from us have brought evil here and created insecurity here", the president said in a statement, stressing that the right to personal integrity is one of the pillars of Finnish society.

Interior Minister Kai Mykkänen repeated his stance that dual citizens found guilty of aggravated sexual assault should be stripped of their Finnish citizenship, a measure he previously suggested in December.

"If someone violates one of our basic values, the physical integrity of another individual, I consider that a national threat", Mykkänen told national broadcaster Yle. "It is unacceptable for someone to come to Finland in search of safety only to create more insecurity themselves. These crimes have no place in this country, and we cannot let the matter rest".

The right-wing political party Blue Reform, which is in effect an offshoot from the nationalist Finns Party, demanded that asylum seekers who commit sexual crimes should be deported. Blue Reform leader Sampo Terho stressed his party is in favour of "harsher punishments, more controlled immigration and speedy forced deportations".

By contrast, President Niinistö called for an "open and pragmatic discussion", stressing that migrants should be given a chance to settle in Finland "regardless of their background".

According to Statistics Finland, foreign nationals are disproportionately represented in sex crime statistics. In 2017, 693 Finnish citizens were suspected of rape, compared with 286 foreign nationals. By contrast, foreign people residing in Finland only constitute 6.9 percent of the population.