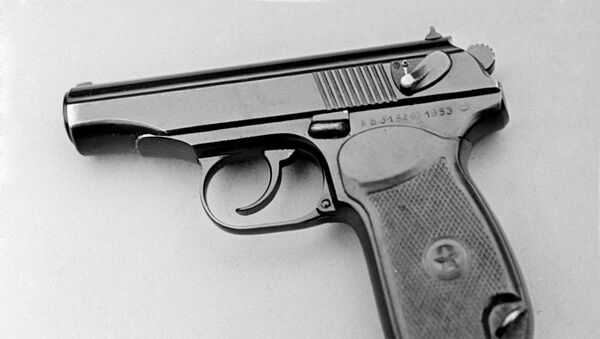 MOSCOW (Sputnik) - Serial production of the newest Russian pistol for the Defence Ministry, which is intended to replace the legendary Makarov pistol (PM), will begin this year, a defence industry source told Sputnik.

"The interdepartmental commission, which decides whether to assign O1 letters [serial production permit] to the model, will complete its work in March, after which it is planned to organize a serial production," the source said.

It is currently being decided on which production site the new pistol will be manufactured, he noted.

"Three different production sites are being considered — Vyatskiye Polyany, Kalashnikov, and TsNIItochmash. The main applicants are Moscow and Izhevsk, but the main technologies and competencies necessary for the production of the pistol are from TsNIItochmash, everyone understands this," the source said.

WATCH Putin Try Out Kalashnikov Concern's New Semi-Automatic Sniper Rifle
Earlier, the press service of TsNIItochmash (Central Scientific — Research Institute for Precision Machine Engineering, part of Rostec) told reporters that state tests of pistol system with 9×21 millimetres cartridge had been completed. During tests, the pistol was exposed to climatic and mechanical factors to check for compliance with the requirements of durability, stability and strength set by the customer. The ballistic characteristics of the pistol were studied as well. It worked steadily in a wide range of temperatures from +50 to —70 degrees Celsius.

The new pistol is designed to replace the PM, which is now the most popular in the Russian army. Apart from PM, Stechkin pistol with a 9×21 millimetres cartridge is also widely used. Basically, it is used by special forces units.