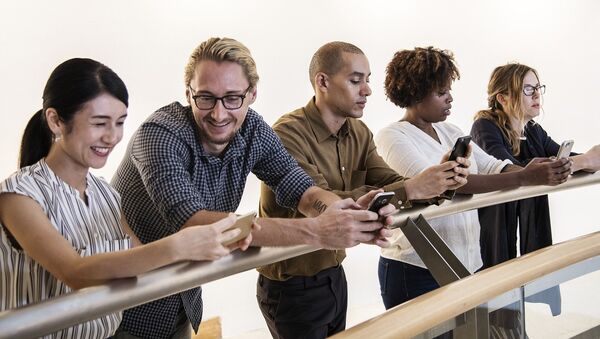 A scientist from New Zealand has mixed two things netizens seem to love most – riddles and cats – presenting a new optical illusion on her social media account. While some enjoyed the trick, activated by shaking one’s head, others used it to puzzle co-workers.

Nanotech engineer Dr Michelle Dickinson has posted a picture, resembling just black and white stripes, suggesting that there’s something more to these lines. To comprehend it, she says, one simply needs to shake his or her head.

You can only see this optical illusion if you shake your head (I’m serious) 😂 pic.twitter.com/WhtZ1b0r4t

​The post has already gained several hundred comments and re-tweets. Those whom she got on board revealed below the pic that it was nothing more than a cat. The temptation to solve the mystery themselves was too great for the fear of public embarrassment to stop them.

​However, some commentators suggested an easier way of finding out what the optical illusion hides without appearing foolish.

You can only see this optical illusion if you shake your head (I’m serious) 😂 pic.twitter.com/WhtZ1b0r4t

If you shake your phone it works too

​Others suggested they didn’t even need the shaking bit.

Here's an interesting result. I don't have to shake my head, I can see it very clearly looking straight at it….but only if I take my glasses off. With them on, I see nothing but stripes, even if I shake my head. Weird.

​Still others wanted to take it further than just headshaking.

I must have done it backwards… pic.twitter.com/TyvbLSw8CP

I found a cheat for this, seriously.;) Believe it or not, the image is in color. Also, if you really, really concentrate you can sort of pick the image out without shaking. It also works if you stand on one foot with a finger in one ear.