Analyst: China Faces Sustained Campaign to Malign It Over Xinjiang 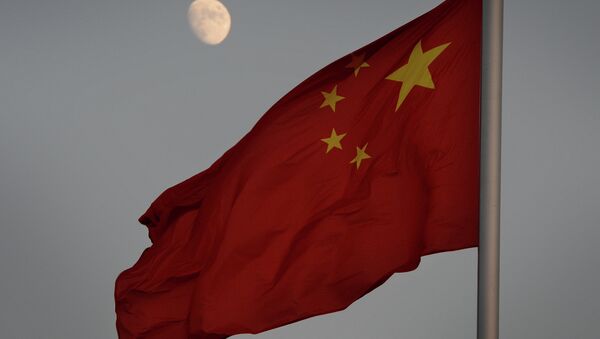 A sustained campaign led by the US has thrown various accusations against China for so-called human rights violations.

Erkin Oncan —Western countries and media outlets involved in the concerted anti-China campaign blame the country for what they call social and cultural oppression of Uyghurs in the Xinjiang Uyghur Autonomous Region.

But when one sees the human rights record of the US, it is not too hard to understand that the main aim of the allegations is not humanistic, but political.

Besides, it's an open secret that non-governmental organizations lobbying globally against China and supporting extremism are directly funded by the US.

PLA Xinjiang Troops Upgrade Training to Boost Counter-Terror Efforts
For example, Rebiya Kadeer, one of the top leaders of the separatist organization World Uyghur Congress who went to the US after committing various crimes in China, is working for the National Endowment for Democracy (NED), which is funded by the American Congress.

Uyghur Human Rights Project, which undertakes international propaganda and lobbying for separatism, also works directly with the NED, according to NED official website.

Founded in 1983 and shaped by ex-CIA agents, NED is known for its "democracy work" against the former Soviet Union and the Middle East. NED is one of the biggest instruments of the strategy launched by the US in the aftermath of the Cold War. The organization is also known as "the shadow CIA."

Allen Weinstein, co-founder of the organization, said, "What we have done today is being secretly carried out by the CIA 25 years ago," according to The Washington Post. These facts bare the purpose of the organization. Washington has put on the mask of humanity for years to discredit countries it doesn't agree with.

But there is something this mask cannot hide: terror.

First, the separatism in Xinjiang is rooted in radical Islamist thought promoted by the terrorist group Turkistan Islamic Party (TIP), formerly known as the East Turkestan Islamic Movement, which is behind the incidents of terrorism in the region.

TIP has the Syrian region of Idlib as its hub. About 3,500 TIP militants live in the village of Zenbaki, next to Jisr al-Shughour in the Idlib region. Counting their family members, at the peak period the number of Chinese extremists in Idlib totalled 5,000, Syrian Ambassador to China told the Global Times in September 2017. The TIP is inciting hundreds of Uyghur children to jihad (holy war) and making "small jihadists" of Syrian children.

Islamic School in Xinjiang Offers Anti-Extremism Courses to Imams
However, a new era is underway in the region: Sochi consensus.

READ MORE: Xinjiang City Urges Terrorists to Turn Themselves in Within 30 Days

After the Sochi agreement was signed by Russia, Iran and Turkey last September, the focus moved to Idlib and the future of the Uyghur population in the region became a matter of curiosity.

But with the defeat of the jihadists, it seems that there is no place to hide for TIP terrorists. Because of the measures taken by the Chinese government, it has become almost impossible for jihadists to re-enter Xinjiang.

It has been learnt that the TIP has braced for facing any operation in Idlib. In the latest videos released by TIP, they continue to dig trenches in the region and have stepped up battle preparations. It means that these terrorists will not be easily drawn out of Idlib, and won't disappear immediately.

So the question is, where will the Uyghurs retreat? Naturally, the answer is Turkey, which is quite close.

At this point, it'd be useful to recall Turkey's position on Uyghurs. The attitude of the Turkish government to Uyghurs has changed in recent years. Facing political and economic tensions with the US, Turkey has become more and more thoughtful of developing closer relations with China. This has also changed its approach to Turkey's Uyghurs.

As Ankara developed relations with China, its attitude toward Xinjiang also began to change.

Turkish President Recep Tayyip Erdogan announced during his 2015 visit to China that they define separatist groups in Xinjiang as terrorist organizations, according to Xinhua News Agency's report.

Human Rights Activists Say Xinjiang Uighur Reeducation Camps Overflowing
Former Turkish prime minister and current parliament speaker Binali Yildirim has also emphasized his disapproval of the separatists: "If they involve in terrorist activities and oppose China's territorial integrity and sovereignty, we do not look at them positively."

While the Turkish government's attitude toward Uyghurs is rapidly changing, mainstream and pro-government media outlets are not able to keep up with the change. Media organizations like Yeni Safak and Akit in Turkey, continue to give place to news about "Chinese persecution" on their pages and portals.

On the other hand, Anadolu news agency, which is one of the official news agencies, mostly quotes news sourced from the West about Xinjiang.

China's global economic rise is being watched carefully by some Western countries, especially the US. China has acquired more prominence than ever and has been targeted by political and ideological opponents. The biggest example of this is the trade war launched by the US.

It is not difficult to see that fabricated fake news used to attack China is the result of a widespread propaganda campaign.

At this point in an informational war, journalism plays a big role.

And, despite the policy changes of the Turkish government, it's still very common to face negative reactions when the truth about the status quo of China's Uyghur is revealed.

However, the truth will definitely win.