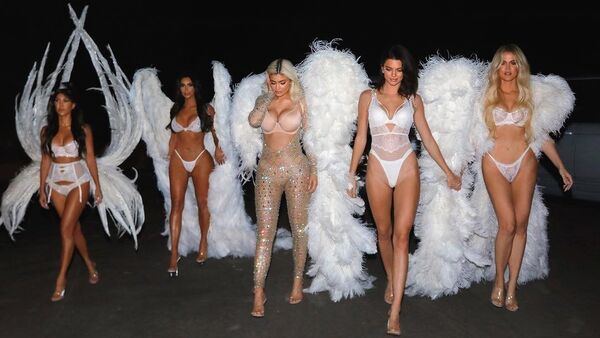 The trend apparently started with the Kardashians’ matriarch, Kris Jenner, with people noticing how much she looked like her daughter Kim in one of her latest pictures.

American TV personality and social media star Khloe Kardashian has left a number of her fans puzzled after they noticed she now looks remarkably similar another member of the Kardashian family.

Commenting on Khloe’s latest photos posted on Instagram, some wondered aloud why she looked a lot like sister Kylie Jenner.

"Why did you change your face i liked your old face," kathryndeaton inquired.

"For a second I thought you were @kyliejenner," amanahanzari remarked.

"Either way, Khloe has now morphed into Kylie and we really don't know how we're going to cope if this family keeps expanding," Cosmo commented on this development.

According to the magazine, social media noticed a something similar earlier this week when Kris Jenner posted a photo of herself on social media, with fans noting her resemblance of daughter Kim.

Prior to this, Kylie and Klhloe managed to attract the attention of many social media users by performing a bikini photo shoot in the snow during their Aspen vacation.