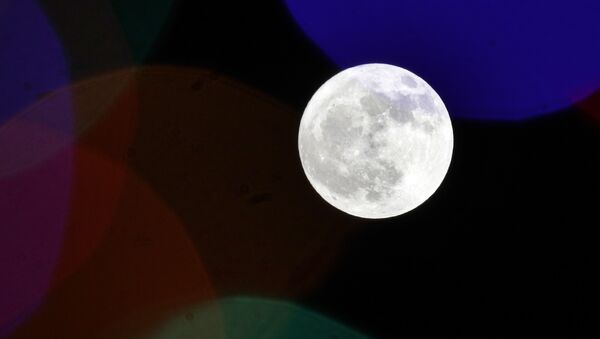 © AP Photo / Orlin Wagner
Subscribe
International
India
Africa
The Chang’e 4 spacecraft – the first ever to land on the far side of the moon, released landing footage and panoramic pictures on Friday.

Chang’e 4 made the historic touchdown on the moon’s surface on 3 January and used its terrain camera to take 360-degree shots of the Von Kármán crater where it had landed, Vice’s Motherboard reported.

The spacecraft then released the mission’s Yutu 2 rover, which is visible in some of the images. It has successfully rolled out onto the surface, becoming the first robot to ever be on the Moon’s far side. It was deployed 12 hours after the mothership landed. The Chinese Lunar Exploration Program (CLEP) also released two new pictures that Chang’e 4 and Yutu 2 snapped of each other.

READ MORE: Why China's Over the Moon

CLEP also published footage of the target region as the spacecraft was preparing to touch down.

Stunning footage of far side of moon, captured by China's Chang'e-4 probe during its landing. #ChangE4 pic.twitter.com/e1xvyjEcml

These images are the first to show the under-explored lunar face close-up. As the Moon is tidally locked to Earth — its rotation period roughly equals its orbital period – we only get to see one side of our satellite. For this reason, many traditions in different cultures became accustomed to viewing particular shades on the Moon’s surface — like the Man in the Moon, or the Moon Rabbit in Chinese culture.

Science & Tech
Chinese Rover Sends First PHOTO of Moon's Dark Side - Aerospace Corporation
Humanity has sent dozens of probes to the near side of the moon, however, Chang’e 4 is the first spacecraft to reach the far side, which is more difficult due to communication problems stemming from the fact that an entire relay system is necessary in order to pass messages to mission control. China uses a special satellite, called Queqiao, as the link between Chang’e 4 and Beijing.

The spacecraft is equipped with radar, cameras, and spectrometers for studying the far side of the Moon. The lander also has a small biosphere experiment to monitor the development of silkworm larvae and mustard plants which were brought as part of the mission.