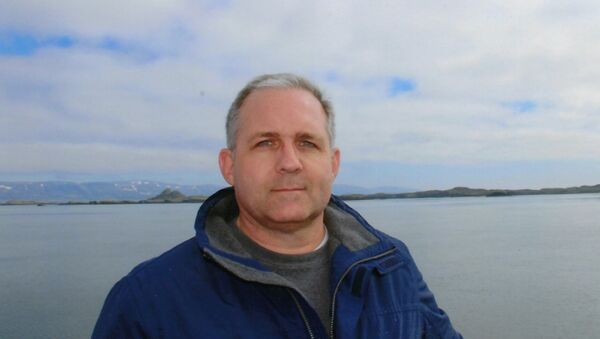 MOSCOW (Sputnik) - The Russian Foreign Ministry confirmed Friday that US national Paul Whelan, recently detained in Russia, had been charged with espionage and ruled out the possibility of his exchange for Russian citizens arrested abroad.

"He was charged with committing an offense under Article 276 of the Criminal Code of Russia, that is, espionage," the ministry's spokeswoman, Maria Zakharova, told a briefing.

Russia
UK Embassy Asks Moscow to Permit Consular Visit to Whelan as Soon as Possible
"I would also like to emphasize that at present, there are no talks on exchanging Paul Whelan for anyone in custody abroad. There are a lot of fake media reports and speculations on the issue, so now I am voicing Russia's official position," the spokeswoman added.

Paul Whelan, a former US marine, officially employed as director of global security for a Michigan-based automotive parts supplier, was detained in Moscow on December 28, with Russia's Federal Security Service (FSB) filing a criminal case against him over allegations of espionage, he faces a prison sentence of up to 20 years.

The detainee, who also holds Irish, Canadian and UK citizenship, claims that he came to Moscow to attend a friend’s wedding.