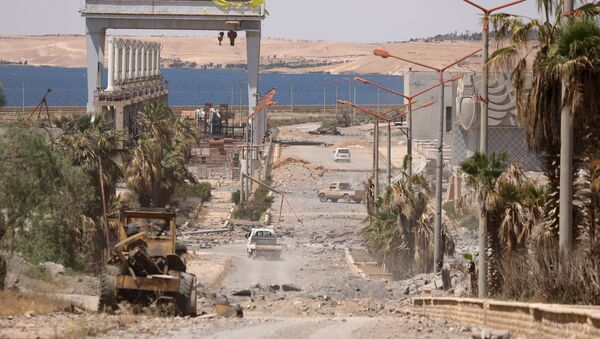 © REUTERS / Rodi Said
Subscribe
The US support for Kurdish militias, which have been fighting Daesh in Syria, has been a major stumbling block in the relations between the two NATO allies and coalition members. Turkey considers the YPG to be a part of the PKK, which is outlawed by Ankara as a terrorist organisation.

According to Turkish Foreign Minister Mevlut Cavusoglu, Ankara's offensive against Kurdish fighters in Syria doesn't depend on the US troops' pullout from the country.

READ MORE: Trump: US Wants to Protect Kurds in Syria Even After Troops Withdrawal

Turkey's foreign minister added that Ankara would launch a military operation east of the Euphrates River, in predominantly Kurdish-held Syrian territory, if the US fails to withdraw its troops in time.

Turkey Asks US for Support in Syria to Take Over Fight Against Daesh - Reports
In mid-December, Turkish President Recep Tayyip Erdogan announced that Turkey was ready to launch a military operation against the Kurdish-led People's Protection Units in Syria's Manbij if the United States did not remove the militia from there.

In its turn, the Syrian government sent troops to Manbij "after Kurdish fighters appealed to Damascus for help against the threat of attack by Turkey in the face of the withdrawal of US troops from the area," according to media reports.

On 19 December, US President Donald Trump announced victory over Daesh* in Syria, adding that the fight against the terrorist group was the only reason the United States remained in the Arab country.

Ankara has been opposing the presence of Kurdish militia in Syria's northern regions, claiming that the militants posed a threat to Turkey's security. Over the past years, the relations between Turkey and the United States have been hampered by Ankara's concerns over US support for the YPG the Syrian branch of the PKK, which is listed as a terrorist organisation.