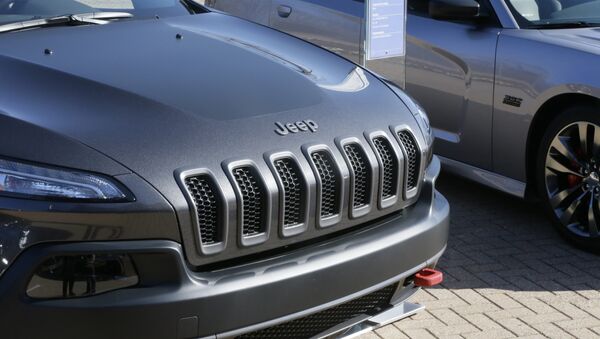 WASHINGTON (Sputnik) - The Department of Justice, Environmental Protection Agency and regulators in all 50 US states have reached a deal for Fiat Chrysler to pay $800 million in fines, recall costs and customer payments to settle charges of emissions from diesel vehicles, the company announced.

"The company … expects to pay about $800 million in fines to regulators, compensation to consumers and recall costs to settle the matter," Fiat Chrysler said in a press release on Thursday.

Fiat Chrysler is now required to recall more than 100,000 diesel vehicles for a free software update that would cut pollutants to acceptable levels, the release said. The recall does not require any hardware modification.

In addition, the settlements will include an average of $2,800 in compensation for each eligible customer, according to the release.

New EU Emissions Ratings Cause Auto Sales to Crash in September
The settlement differs from a recent emission cheating scandal that cost Volkswagen tens of billions of dollars because Fiat Chrysler’s agreement does not alter the company’s claim that it did not deliberately attempt to defeat pollution regulations, the release said.

In contrast, Volkswagen officials admitted that the company’s diesel vehicles were designed to cheat emissions rules.

Federal officials claim that pollution controls that operated during tests of about 104,000 Jeep Grand Cherokees and Ram pickup trucks stopped working under certain road conditions. The vehicles were made between 2014 and 2016.