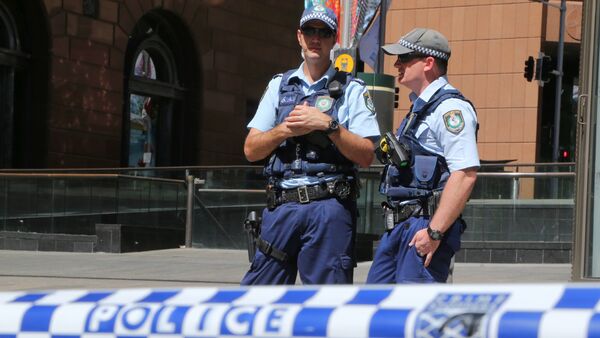 MOSCOW (Sputnik) – The Australian police said in a statement on Thursday they had arrested an individual over sending suspicions packages to dozens of foreign diplomatic missions across the country.

On Wednesday, local media reported that the suspicious packages had been found in at least 13 diplomatic missions in Melbourne and Canberra. Moreover, at least seven consulates had reportedly been evacuated due to the incident.

"The Australian Federal Police (AFP) and Victoria Police arrested a 49-year-old Shepparton man last night as part of an investigation into suspicious packages delivered to embassies and consulates throughout Australia … It will be alleged in court that the man sent 38 parcels to consulates and embassies in Melbourne, Canberra and Sydney, with a substance suspected to have been sourced from his Shepparton home," the statement read.

Austria Suffers From Heavy Snowfall, Has Snowbanks up to 2 Metres (PHOTO, VIDEO)
According to the law enforcement, the individual was arrested at his home and is scheduled to appear before court later on Thursday.

The offence of sending dangerous articles by a postal service, which the man was charged with, carried the maximum prison term of 10 years, the police noted.

The statement argued that the police had recovered 29 out of 38 packages sent by the individual, adding that the material contained in them would be taken to forensic testing.

The police had identified intended recipients of the missing nine packages and were working to recover the items, the statement pointed out.

The statement insisted that there was no threat to the general public due to the incident.