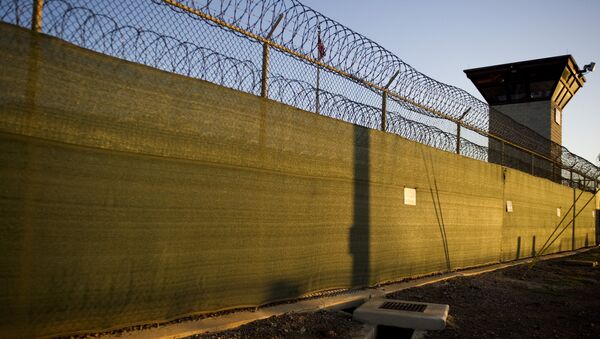 Former Guantanamo Bay Naval Base commander John R. Nettleton has been arrested Wednesday and charged with obstruction of justice and other charges relating to the 2015 death of a civilian on the base, for which he was relieved of command.

On January 11, 2015, the body of 42-year-old Christopher Tur, a commissary worker on the US naval base in southeastern Cuba, was found dead in the waters on the western side of the base after being reported missing the previous day.

GITMO Captain John Nettleton FIRED 4an affair with a woman whose husband was found dead in the waters off the base. pic.twitter.com/GpT8qp4XAX

Trump May Expand Gitmo Capacity to Bush-Era Levels on Dubious Legal Grounds
Nettleton was relieved of duty on January 21, 2015, after it was revealed that he was having an affair with Tur's wife, who was the director of the base's Navy Fleet and Family Services Center, CBS reported. A federal indictment also noted that Nettleton and Tur had fought earlier that night.

Nettleton also has been charged with concealing material facts related to Tur's death. He was arrested in Jacksonville, Florida.

Naval Criminal Investigative Services has been investigating the case since, and a 2016 story in the Miami Herald noted the case was stalled, barring further direction by the Department of Justice.