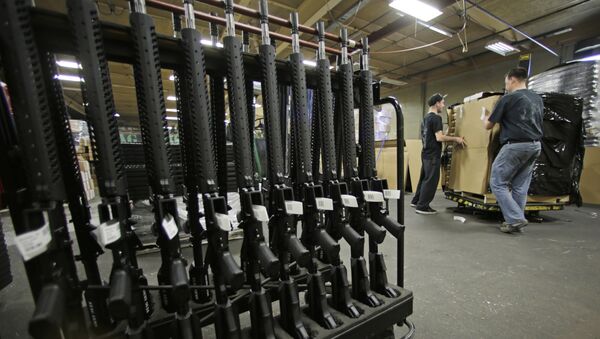 WASHINGTON (Sputnik) - More than 40 US senators reintroduced legislation that would expand federal background checks on all gun sales, Senator Catherine Cortez Masto said in a press release on Tuesday.

"This is an essential first step toward ensuring we reduce the number of mass shootings in America, keep guns out of the hands of criminals, and save lives", Masto, one of the bill co-sponsors said.

The current proposal would expand federal background checks to all firearm transfers, excluding transfers between law enforcement officers, temporary loans, inheritance or gifts to immediate family members, according to the bill.

The issue of gun violence in US schools has become an increasing concern in the country following several mass shootings, including one last February at the Stoneman Douglas school in Florida, where a former student killed 17 people.