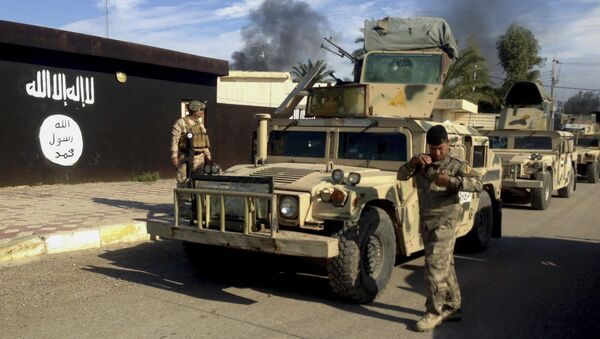 WASHINGTON (Sputnik) – Children in Northern Iraq suspected of affiliation with the Daesh* terrorist group are being subjected to beatings, electric shock and other forms of torture to obtain confessions, Human Rights Watch (HRW) charged in a report on Tuesday.

"Nearly two years after the Kurdistan Regional Government promised to investigate the torture of child detainees, it is still occurring with alarming frequency," HRW Director of Children's Rights Advocacy Jo Becker said in the report. "The Kurdistan authorities should immediately end all torture of child detainees and investigate those responsible."

HRW Watch interviewed 20 boys, ages 14 to 17, charged or convicted of Daesh affiliation, at the Women and Children’s Reformatory in Erbil in November 2018, and three boys who had recently been released, the report said. The reformatory, a locked detention centre encircled by high walls and concertina wire, is one of three facilities holding children in the Kurdistan Region of Iraq.

The children told HRW that in 2017 and 2018, security officers, known as Asayish, used beatings, stress positions and electric shock on boys in their custody to pressure detainees into signing prepared statements confessing to the terrorist group affiliation.

The methods of torture the boys described, as well as their accounts of inadequate counsel and scarce communication with family members, were similar to the accounts of 17 boys held for alleged association with Daesh at the same detention centre who spoke with Human Rights Watch in December 2016, the report said.

At the time of the latest HRW visit to the reformatory, staff reported that 63 children were being held at the facility for alleged terrorism-related offences, including 43 who had been convicted.

Responding to the torture charges, Kurdistan Regional Government Coordinator for International Advocacy Dindar Zebari told HRW that security officials are not permitted to torture detainees and that if detainees are tortured, they have a right to make a formal complaint, according to the report.