Shutdown Shame: ‘No Guarantee’ 380,000 Federal Workers Will Get Back Pay 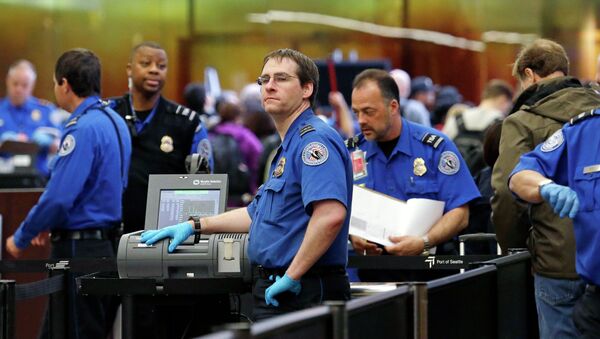 On Friday, hundred of thousands of United States federal government employees will not receive paychecks as a direct result of the partial government shutdown, a labor organizer representing government workers tells Sputnik.

Rank and file government workers are feeling the effects of the partial government shutdown, a phenomenon extending into its 18th day Tuesday. Radio Sputnik's By Any Means Necessary was joined by a political and legislative organizer at the largest federation of unions in the US on Tuesday to discuss the day-to-day impacts on a yet-unknown share of the 2 million-strong federal workforce.

​"For most of our government, this Friday is going to be the first" paycheck that is missing from the bank accounts of federal workers, said Ian Hoffman, legislative and political organizer for the American Federation of Government Employees, AFL-CIO.

"Can you imagine Google telling its employees: ‘Hey, guess what? This Friday none of you are getting paid,'" said Hoffman. "There'd be riots in the streets."

There are major day-to-day questions for federal workers, some of whom are still putting in the time for free, while others are legally prohibited from showing up to their places of work even if they want to: How can housing and food expenses be covered? What should be done for federal workers who have childcare expenses?

Paul Light, professor of public service at New York University, calculated that 420,000 workers are working without compensation, while another 380,000 are simply staying at home, according to a Tuesday CNBC report.

A Transportation Security Administration (TSA) staffer at Washington National Airport was heard joking recently that he was accepting tips to move through security faster since US President Donald Trump refused to cut him a check.

It's not clear how many of the estimated 4 million federal contractors are cut off from payment as a result of the shutdown, but making payments to contractors is widely considered less important than payments to federal employees.

"Some of our members are signing up for unemployment insurance," said Hoffman. Short-term loans with low interest rates offered by credit unions and banks are another option, he noted.

Open Letter From US Pilots to Trump: End Shutdown Due to Airspace Safety Threat

"I spoke with two TSA officers in Las Vegas just yesterday, and a new member of Congress had reached out to join a roundtable discussion. They said: ‘Honestly, who is going to pay for our gas?' Because they are both TSA officers. They have a family. They have got children to support — and neither of them are getting paid this week," Hoffman said.
By Any Means Necessary co-host Eugene Puryear inquired if there were provisions in workers' contracts to allow for retroactive pay. Responding in the affirmative, Hoffman noted that the roughly 420,000 "essential" employees will receive back pay.

Regarding the approximately 380,000 "non-essential" workers, it's a completely open question whether there will be some form of compensation for their lost hours. Hoffman stated that one option is to have Congress introduce new legislation providing back pay for non-essential workers. "There is no guarantee that these 380,000 are going to get paid," he said, adding that there is a pending lawsuit by the union "challenging what is going on right now."