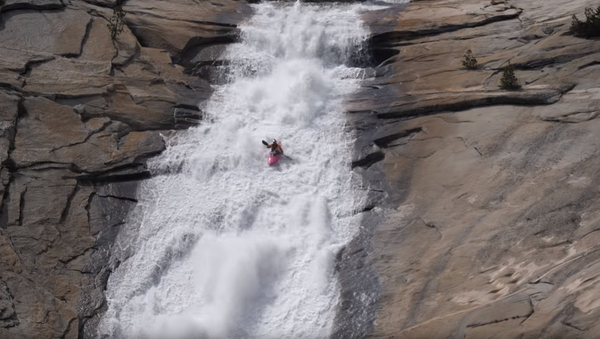 © YouTube/Viral Hog
Subscribe
International
India
Africa
They say one shouldn’t go chasing waterfalls, but they didn’t say anything about waterslides!

Though the footage was recorded May 20 of last year at Lake Tenaya in Yosemite National Park, it has only recently made it to YouTube. According to footage owner Johnny Chase, Jackson sped down the waterslide at approximately 40 miles per hour before hitting the bottom and successfully coming to a safe stop.

Offering a different view, Jackson himself posted a GoPro POV version of the video to Instagram back in September.