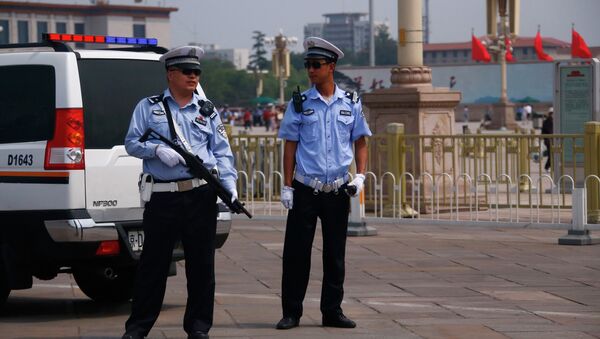 A man has attacked and injured 20 students at a primary school in the Xicheng District of Beijing, People's Daily, China reported on 8 January.

The attack reportedly took place at 11:17 a.m. local time (2:17 GMT). According to preliminary data, a total of 20 children suffered in the attack, three of them are in serious condition. At present, there is no threat to their lives, local media reported.

The suspect has been already arrested and the injured children have been hospitalised, according to the People's Daily, China.

There is no information about the attacker's motives or the weapon he used.

Stabbings, including at schools, are not uncommon in China.

In April, a knife-wielding man stabbed nine students to death outside a middle school in the northwestern province of Shaanxi, China, about 10 students were injured in that incident.

In 2017, a man stabbed a woman to death and injured 12 other people at a shopping mall in Beijing.