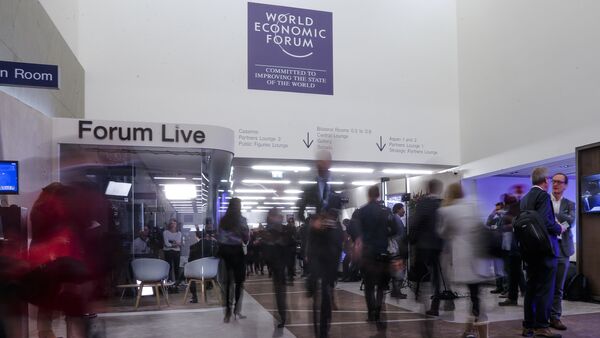 "Speaking about the possible meeting between Vice President Wang Qishan and President Trump, I do not have any information about it", Lu said at a briefing.

US Senators Introduce Draft Legislation to Combat Technology Threats From China
The official was referring to media reports published last week, that claimed Wang and Trump might discuss bilateral relations between the two countries within the framework of the WEF, slated to take place on 22-25 January in the Swiss city of Davos. Wang, who will lead the Chinese delegation at WEF, is expected to visit Switzerland on 21-24 January.

The news comes amid ongoing US-Chinese talks on trade and economic issues that officially began in Beijing earlier on Monday.

Commenting on the negotiations, Lu expressed hope that the dispute would be settled on the basis of equality and mutual respect.

In the meantime US Secretary of Commerce Wilbur Ross also addressed the meeting, emphasizing that the most important part of the negotiations was the question of compliance.

Ties between the United States and China remain strained after a series of tit-for-tat import tariffs took place last year.