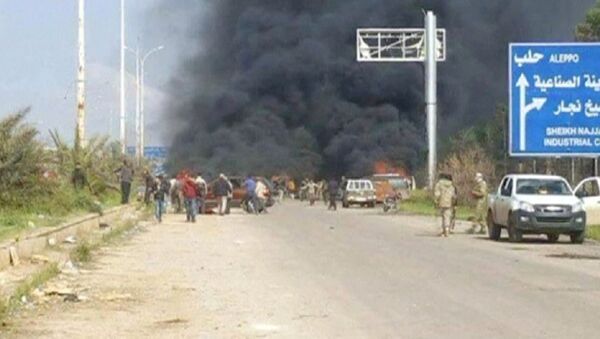 DAMASCUS (Sputnik) - Terrorists from the Hayat Tahrir Ash-Sham group (former Jabhat al-Nusra) have clashed with the armed opposition groups in the town of Atarib in the west of Syria's Aleppo province, media reported on Sunday.

Turkey Asks US for Support in Syria to Take Over Fight Against Daesh - Reports
The broadcaster reported that Hayat Tahrir Ash-Sham attacked Atarib, with the Syrian military aircraft allegedly carrying out three strikes targeting terrorists' positions.

As a condition for stopping the attacks on the city, the terrorists demanded that local fighters surrendered their arms and handed over control of all checkpoints and strategic infrastructure in Atarib, Mayadeen reported citing a source.