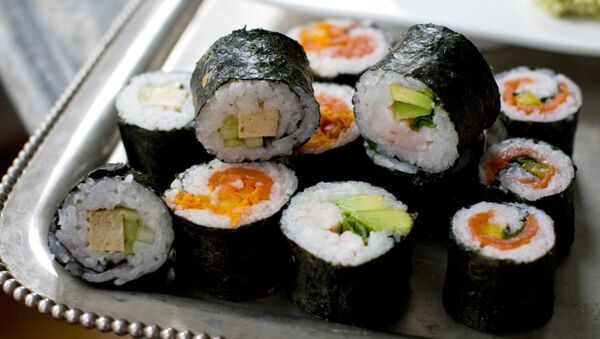 © AP Photo / Matthew Mead
Subscribe
A US woman is accused of stalking a businessman she met on a dating site, sending him 159,000 text messages – some of them sadistic in nature.

Over a period of 10 months, Jacqueline Ades sent thousands of messages to a man she once met after getting acquainted on Luxy, a dating service for millionaires, the Arizona Republic reported.

She allegedly texted the victim that she wanted to make sushi out of his kidneys and chopsticks out of his hand bones, and that she’d bathe in his blood.

Before-and-After Surgery Photos of Miss Universe Venezuela Tear Netizens Apart
Initially, Ades was thought to have sent him some 65,000 texts, but now it turns out that she sent 159,000 messages.
After they went out once in 2017, Ades became obsessed with him, and began stalking the man, who didn’t want to pursue a relationship with her.

In July 2017, he called the police to report that Ades was in her car outside his home, and after that she allegedly started sending him threatening messages, such as “I’d wear ur fascia n the top of ur skull n ur hands n feet [sic]”.

The man reported that she returned to his place in December 2017, but the police were unable to find her when they arrived.

He also notified officers in April 2018 that the woman had broken into his home while he was out of the country: surveillance footage from his home showed Ades taking a bath in his tub. Police arrested her and found a large butcher knife in her care.

Januhairy: Activist Encourages Women to Grow Body Hair for Charity
Ades explained that she “made up a whole scenario in my head where I live here, so I came here and pretended that’s what was happening”.

She was later charged with first-degree criminal trespassing of a residential structure, but was released from custody.

According to the Arizona Republic, Ades also visited the man’s workplace and claimed to be his wife. She was detained at her apartment complex on 8 May after failing to appear to numerous court hearings.

The news set off a major landslide on social media:

Sounds like real love to me. He doesn't know a good woman when he meets one. His loss!!!

And why didn't he change his number?! I mean she is clearly psycho! Why endure 10 months of craziness?!!

During her interrogation, Ades claimed that she would never hurt the man and that “something came over me” when she sent out the threats.

“Somebody else should love him. He has so much to love. He’s so cute. I can’t believe I scared him”, she told the police.

The arrest records listed the woman as “showing signs of mental illness”.