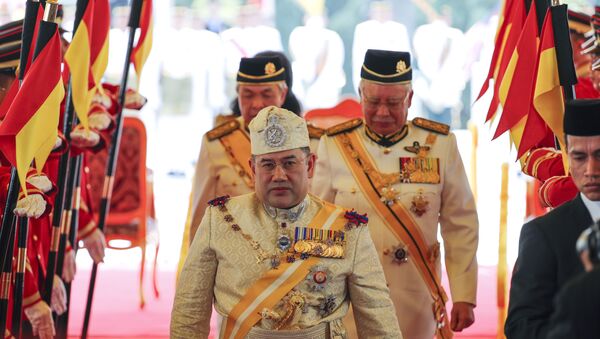 The Malaysian National Palace has said in a statement that Sultan Muhammad V of Kelantan has resigned as the 15th Agong or Supreme Ruler of the federation.

“His Majesty has prepared to return to Kelantan Darul Naim to be with the state government and especially the people of Kelantan to safeguard and develop Kelantan for the betterment of you the public”, the Istana Negara said.

The reasons for his renunciation have not been disclosed.

According to the Straits Times, Malaysia's nine Malay state rulers elect an Agong among themselves every five years customarily on a rotational basis, but Sultan Muhammad's resignation happens just two years after he ascended in Dec 2016.

JUST IN: King of Malaysia abdicates throne. No reason given. pic.twitter.com/Rp8Ri58wBe

In late November, media reported that Sultan Muhammad V had married a beauty queen from Russia, Oksana Voevodina, in Moscow.