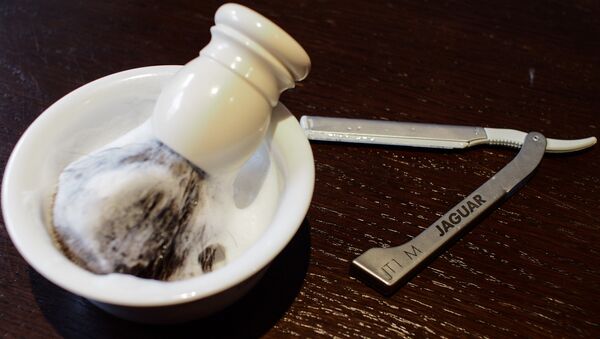 With some trying to start the New Year fresh and others letting themselves go over the winter, a third option has emerged thanks to a drama-student from England. Aiming to attract attention to her crowdfunding project for a body-positive educational programme, she has suggested that women lay off the razors for a while and share the results online.

Women from different parts of the world are posting shots of their hairy legs and armpits online under the hashtag #Januhairy due to a month-long challenge launched by 21-year-old Laura Jackson. The campaign founder, who studies drama at Exeter University, aims to collect £1,000 ($1,300) in support of the Body Gossip Education Programme, which is designed “to empower everybody to be the best version of themselves and rock their own brand of gorgeous”, according to the description on a crowdfunding website.

The founder of Januhairy revealed that she had grown out her body hair for a performance as part of her degree in May 2018. According to the young woman, she enjoys the feeling, but has at times been unable find understanding from people regarding why she doesn’t shave.

“When I first started growing my body hair my mum asked me ‘Is it you just being lazy or are you trying to prove a point?’… why should we be called lazy if we don’t want to shave?” Laura Jackson reminisced, saying that she began to grow her body hair again this January along with other girls who signed-up for the challenge.

According to Januhairy’s Instagram account, women from around the world, including Spain, Germany, Russia, USA, Canada and England, aged 16-60, have signed up for the kick-starter campaign, shaving their body hair on New Year’s Eve and abandoning shaving from then on. Campaigners have so far raised more than a third of the targeted sum — £354.

The initiative has received a mixed response online. Some have given their support from around the globe, posting pictures of their hairy body parts or words of encouragement.

​Others slammed the campaigners, suspecting that their timing was a bit too convenient.

To be honest, I thought every woman stopped shaving/waxing in January anyway #Januhairy

I don’t need #Januhairy to embrace the fuzz. I shave when and where I feel like it! pic.twitter.com/X60sIYvMKb

​There were also some who criticised the message of the project.

I feel repulsedby the whole #januhairy thing. Obviously women can do as they please in todays world and rightly so. But hairy women is VERY unattractive and im sure 99% of men will agree.