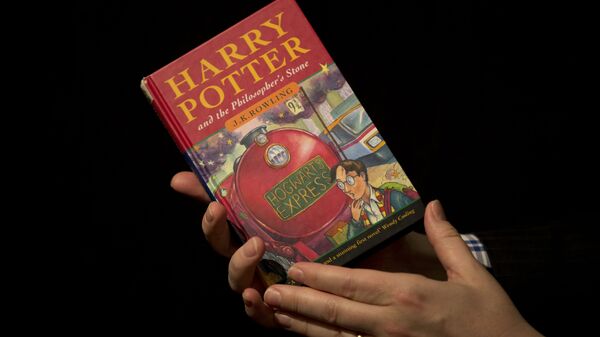 JK Rowling’s Pottermore Twitter account has spilled some secrets about the Harry Potter universe that the fans of the wizard boy with a lightning-shape scar on his forehead never thought they’d learn.

Pottermore used National Trivia Day to drop a bombshell fact about the plumbing history of the Harry Potter franchise’s school for wizards: it turns out that Hogwarts didn’t have bathrooms until the 18th century… the students relieved themselves wherever they stood, and the school simply had them make their poop vanish.

Hogwarts didn't always have bathrooms. Before adopting Muggle plumbing methods in the eighteenth century, witches and wizards simply relieved themselves wherever they stood, and vanished the evidence. #NationalTriviaDay

As “fun” as the newly-announced fact may seem, most fans are disgusted by the bizarre news in Potter-verse:

I could’ve lived a fulfilled life without this information pic.twitter.com/dWZAC4iKrW

Some tweeted that the author of the book shouldn’t have revealed that detail:

I was an adult when Harry Potter came out, yet you've still somehow managed to ruin my childhood.

Some alluded to the widely known magic spells from the book to express their attitude towards the news: