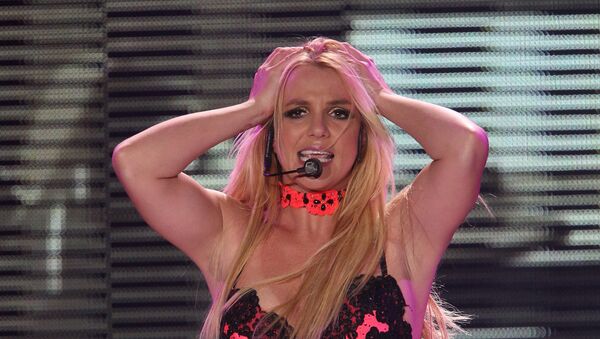 The pop star is making headlines with family drama again as she has cancelled her new show in Las Vegas, taking some time off to recover after her father was hospitalised and almost died. She made the sad announcement online triggering a wave of sympathy with compassionate messages from her fans under the hashtag #WeLoveYouBritney.

The hashtag #WeLoveYouBritney made it to the trending list on Twitter after Britney Spears announced she would not be performing in Las Vegas with her show Britney: Domination. The singer, who started tearing up the charts with her "…Baby One More Time" some 20 years ago, broke the announcement on her social media, saying she needs to put her family first after it was shaken with her father’s life-threatening illness.

“A couple of months ago, my father was hospitalized and almost died. We’re all so grateful that he came out of it alive, but he still has a long road ahead of him. I had to make the difficult decision to put my full focus and energy on my family at this time. I hope you all can understand”, the statement on her Facebook page reads.

She thanked her fans for their prayers and support for her family during this time.

I appreciate your prayers and support for my family during this time. Thank you, and love you all… always.

​The pop star’s representatives, as cited by NBC news, revealed her father Jamie Spears had survived a ruptured colon and had to spend a month in the hospital in Las Vegas.

"After a long, complicated post-operative period, he is recuperating at home and gaining strength, and is expected to make a full recovery”, they said.

READ MORE: Britney Spears Was Ahead of Time: Reactions as Toxic Becomes Word of Year

The revelations about the difficult time, Britney Spears and her relatives are going through, prompted many users to voice their support for the singer, posting their good wishes and encouragement under the hashtag #WeLoveYouBritney.

Britney's father some weeks ago… For all the stupid people saying that Britney is lying. #WeLoveYouBritney pic.twitter.com/IVswAPHHkD

I fully support Britney's decision to put Domination on hold. I know what it's like when a family member is hospitalized for a serious condition and can't express in words the feeling of worry that brings. Sending much love and strength to the Spears family ❤️❤️ #WeLoveYouBritney pic.twitter.com/AGk0nytCLA

@britneyspears your family will always be important to us. Jamie is in our thoughts and prayers. We know that what you’re going through is very difficult.
We’re always going to be here for you to support everything you do.
Never lose your strength. ♥️#WeLoveYouBritney pic.twitter.com/TVeCU6zgte

Please pray for the Spears family that they receive comfort and especially for Britney’s dad! They need all the prayers!!! 🙏🏻🙏🏻🙏🏻🙏🏻🙏🏻🙏🏻🙏🏻 #WeLoveYouBritney