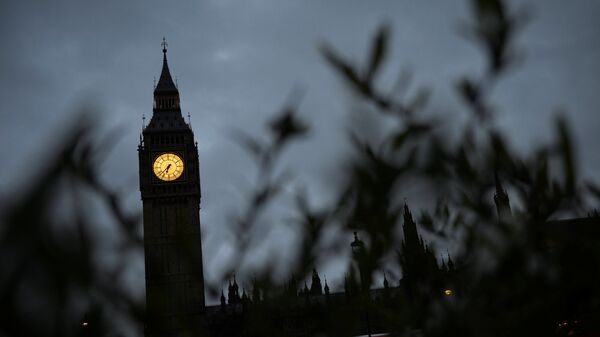 MOSCOW (Sputnik) – The Anonymous hacktivist group published a new batch of documents and invoices, which it says are the evidence of the UK state-funded Integrity Initiative project analyzing the activities of the opposition Labour Party and its leader Jeremy Corbyn, as well as the Russian RT broadcaster, with the use of UK taxpayers’ money.

The documents, particularly, concern the coverage of the Salisbury poisoning incident and the situation in the Middle East, namely in Syria.

The UK Foreign Office has recognized the authenticity of the documents, which were released by Anonymous last year, concerning London’s interference in EU countries’ affairs and waging an information war against Russia.

The invoices published by Anonymous late on Friday were dated 15 April, 18 and 21. They were issued by Jassar Jamal Al-Tahat Address from Amman, Jordan, for "a report on RT media campaign for the Integrity Initiative." The report by Al-Tahat, also released by Anonymous, was dated 9 April.

"We have warned the UK government that it must conduct an honest and transparent investigation into the activity of the Integrity Initiative and the Institute for Statecraft. Yet, today we can only see some awkward excuses and attempts of the politicians to quieten it all down," the hackers said in a statement, supporting the materials, published on the CyberGuerrilla Collective website.

Notably, one of the documents, published by the hackers is called "Fake proof of Russia’s interference in the Netherlands referendum."

Moreover, Anonymous said Integrity Initiative had been engaged in an information operation related to the poisoning of Russian ex-intelligence officer Sergei Skripal and his daughter Yulia with the use of a military-grade nerve agent in the UK city of Salisbury last March. According to the hackers, the UK project has hired the Harod Associates firm to monitor publications on the issue in media outlets and social media, codenaming the report "Operation Iris."

The hacktivist group published the first batch of documents on the activities of the Integrity Initiative project, funded by the Institute for Statecraft, in November. Anonymous said that the program, launched in 2015, was financed by the UK government, as well as NATO, Facebook and the US State Department. The hacktivist group described the program as a "large-scale information secret service" created by London to "counteract Russian propaganda."

According to the hackers, the program of the Institute for Statecraft has not been renewed since 2017 while there was no information on its employees and contact details in the public domain. The source code of its online publications allows assuming that they have been issued automatically, according to the hackers.